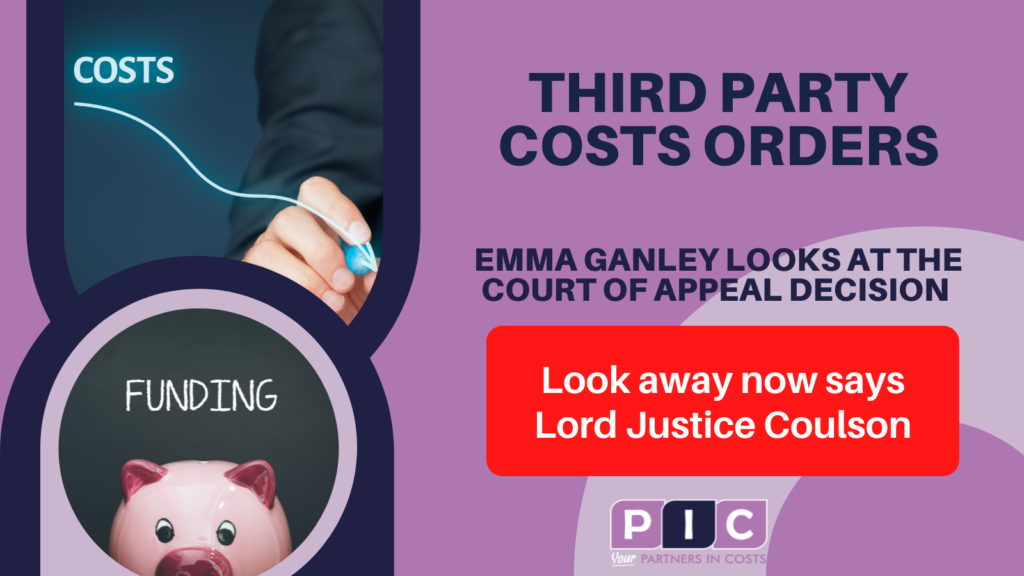 It is perhaps no surprise that a costs specialist is drawn to a judgement that starts, as this one does, with the line “For those who believe that most Civil Litigation does not end up about being the costs incurred in pursuing that same litigation in the first place should look away now” and that instead of looking away we wish to look more closely at the case.

The Court of Appeal decision in Goknur Gida Maddeleri Enerji Imalet Ithalat Ihracat Ticaret Ve Sanayi AS v Aytacli [2021] EWCA Civ 1037 (13 July 2021) looks at non party costs orders and particularly the circumstances when a Director and Shareholder of an insolvent company funds litigation can, or perhaps more pertinently in this case, cannot be held to be personally liable for some or all of the cost’s liabilities incurred.

This judgment is a clear statement of the approach that should be taken when the court is asked to consider whether to make a non-party costs order and as such is interesting to those who advise parties who are directors considering funding litigation as well as those who are considering whether there are those with funds against whom costs can be sought when engaged in litigation with a company who may not be able to meet orders which are to be made against it.

The Facts of the Case

The Respondent was in this case the Managing Director of a family run wholesale company until October 2016, when he was replaced by his wife. There did not appear to be any other shareholders.  The company were contracted as one of only two UK suppliers of the juices of the Defendant Appellant Company who is a large company based in Turkey with a turnover in the region of £100M per year.

There was a dispute between the parties as to the juices supplied which led to the Appellant issuing proceedings against the wholesale company seeking payment of £104,465.17 in respect of stock which had been delivered but not paid for. The wholesalers defended and filed a counterclaim seeking £352,014.04 which was said to be the losses incurred as result of what was said to be the Appellants breach of contract in respect of the juices supplied.

The case clearly had something of a troubled history, which following interlocutory orders and attempted appeals thereof by the Appellants their claim was struck out on the basis of their failure to comply with an Unless order. Following further disputes as to the sums that were due on account of the costs of the claim an order was ultimately made which resulted in the sum of £185,300 being paid on account of costs, with that money being paid to the wholesaler’s solicitors, who had acted on a CFA.

The counterclaim continued to trial, where the wholesalers had something of a pyrrhic victory, succeeding on demonstrating breach of contract, but failing on causation, leading to the award of £2 nominal damages.  Cue a further debate on costs, with the court ultimately determining that the wholesalers should pay 25% of the Appellants costs. A Default Costs Certificate was then obtained by the Appellant in the sum of £65,305.43 since it seems the wholesalers were unable to fund representation in the cost’s proceedings.

That failure to be able to fund Detailed Assessment was to have further consequences. The Appellants made an application that unless Detailed Assessment was commenced by the wholesalers then not only would their costs be disallowed but also that the sum of £185,300 paid on account be repaid. There was no compliance with that order.

Thus, the Appellant’s made an Application that the sum of £249,605.43, compromising the £185,300 and the sums due on the Default Costs Certificate in respect of the adverse costs order from the Counterclaim, be paid by the Respondent personally.

It appears that throughout this rather lengthy and contested litigation, which also included failed applications by the Appellant for security for costs, the wholesalers were balance sheet insolvent. It was clear that the company had serious financial problems with the Respondent having previously provided a personal guarantee of £150,000 to the company’s bankers and obtained loans which were secured by a charge over the family home.  Further, personal guarantees had been provided by the Respondent and his wife to their own Solicitor’s in respect of the company’s own costs.

The Appellants had failed to convince the judge in the High Court to exercise his discretion and make such an order under S51 of the Senior Court’s Act and CPR 46.2 to make an order for costs against the Respondent, a non-party.

Having considered the authority the court gave “relevant guidance” as to the factors to be considered when an application for costs is made against a Director or Shareholder which is summary suggested:

The court having analysed the factors on the facts of the case upheld the High Court’s decision to refuse an Order that the Respondent pay the costs personally.

To reach that conclusion the court considered the full background and it is clear that any party involved in such an application can expect an investigation of the full history of the litigation and the manner in which the claim has been conducted. Under that spotlight the Appellant was clearly not able to persuade the court to view the case as one in which the threshold which takes the claim to one in which the relatively rare power to make an order for costs against a Director personally would be exercised.  Thus, ended the Appeal, the outcome of which was that further costs had been incurred in this troubled claim solely in relation to costs, a thought that was clearly at the forefront of the Lord Justice Coulson’s mind when the judgment was being written.

Whilst we at PIC do not believe that most Civil Litigation does not end up about being about how the costs that were incurred in that same litigation we certainly do not advise looking away.

PIC is familiar with questions of what the appropriate order is and always happy to provide advice as to the options available to the court in relation to what the appropriate order is, whether that be in cases where the usual order of one party paying the other’s costs may not be all that is being considered as well as situations when applications for orders against other parties are being considered. 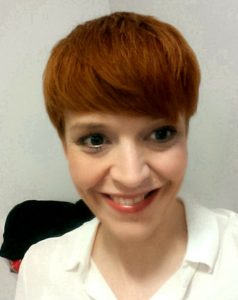