The Rise in Claims for Shortfalls in Costs 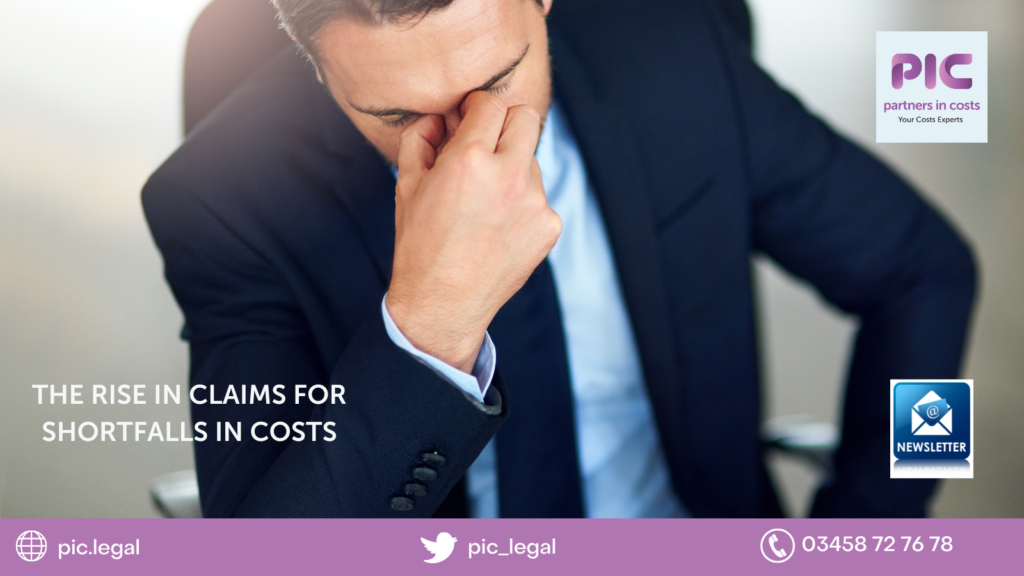 In BCX v DTA [2021] EWHC B27 (Costs) the Claimant’s Solicitor claimed a £94,977.38 shortfall from their client and received £0.  Read the Judgment and PIC’s full article for the reasons, along with observations made by Costs Judge Brown on hourly rates, shortfall in hourly rates, funding costs and case management/rehabilitation costs.  These observations give us an indication of how the court may approach a multitude of issues when undertaking an inter partes assessment.

The court accepted that in general terms, a solicitor who takes on a high degree of responsibility in respect of important decisions, and in circumstances where the day to day to handling of the claim is delegated to junior fee earners at significantly lower rates may reasonably justify a higher hourly rate when cases are run efficiently.

The claim for damages involved the 55-year-old Claimant being involved in a fatal RTA that left him with a serious head injury and unable to continue his job earning £72,000.00 per annum.  The matter settled days before a CCMC on 15.10.20 for £1.3 million plus reasonable costs.  The claim was of the utmost importance to the Claimant (a Protected Party), his partner and other members of his family.

An order made at the approval hearing provided for the following (along with the requirement that the Defendant pay the Claimant’s costs on the standard basis subject to detailed assessment):

A Bill was prepared and inter partes costs were agreed in the sum of £330,000.00.  The Claimant’s solicitors (IM) did not waive their entitlement to claim further costs against the Claimant and sought payment in the sum of £159,758.30 from the Claimant for the following:

(i) £94,977.38 (inclusive of VAT), representing what it says is a shortfall in profit costs from those recovered from the Defendant (the ‘shortfall’ claim);

IM’s application was, in effect, for a deduction from the damages received by the Claimant as there appeared to be no other source of payment of the costs.  The matter was clearly of importance to the Claimant and consideration was given to the correct approach to the assessment in relation to other claims such as this.

The court considered the Rules and Provisions concerning Children/Protected Parties and Provisional/Detailed Assessments.  It was clear that the court was required to have in mind the interests of the Protected Party and the purpose of r.21.10 was to impose an external check on the propriety of settlement.

When a solicitor maintains their claim to be paid for the shortfall in costs by their client, the effect upon the Protected Party can be substantial.  Consideration should be given to, for example, the ability of a Deputy to arrange and pay for care required or to provide for dependents.  It should also be considered whether the claim was settled in full, or deductions were made for contributory negligence or litigation risks.

It was noted that in Simmons v Castle [2012] EWCA Civ 1288, awards of general damages were uplifted to make up for the fact that the Receiving Party was liable to pay the additional liabilities post LASPO.  In general, pre-LASPO, many claims for costs were not generally made against Protected Parties by their solicitors over and above the sums recovered, who tended to waive any further claim for costs.

IM, in their application (and later at assessment), placed reliance on the agreement with the Litigation Friend in relation to the shortfall in costs sought.  The court did not accept the argument that simply because the Litigation Friend had agreed to the shortfall being recovered that it should be paid.  The court, also, did not accept that it was enough that advice from counsel simply confirming that a claim for shortfall costs or a success fee looked reasonable.  The court required an adequate analysis of the nature of the claims and the objections that might reasonably and properly be raised to them.

A shortfall in costs can be claimed in some cases when those costs are not recoverable inter partes;  for example, where there has been an interlocutory appeal or application in respect of which the Claimant does not recover the cost but which steps were reasonably taken to protect the interest of the Claimant, or if a client does demand a high level service which means that not all costs will be recovered from the other side the client may be required to pay the additional costs associated with such a level of service.

It was clear that it was not in the interests of the Protected Party to dispense with detailed assessment in this case even if the court had the power to do so.  The court carried out a detailed assessment of the Bill of Costs on a provisional basis to be able to properly assess and consider the shortfall claim, the success fee claimed and the ATE insurance premium.

The court considered the claim for the shortfall, which included the reasonableness on an indemnity basis of associated travel time of two senior solicitors personally attending the Claimant, charges for negotiating and dealing with funding arrangements, hourly rates, counsel’s hourly rate, travel time, incoming routine correspondence, funding, and so on.  The court made general observations during the assessment of the Bill of Costs in this matter:

The court calculated the assessed Bill at £274,859.  Overall, the court’s assessment of the reasonable sum the Claimant was required to pay his solicitors was less than the Defendant had agreed to pay. The inter partes compromise looked generous and should be approved.

The court was not satisfied that any payment should be made by the Protected Party in respect of IM’s claim for a shortfall; the Defendant had already paid a reasonable sum that the Claimant would have been expected to pay.

The court was not provided with a bespoke risk assessment; the one provided being generic.  The success fee claimed was not justified on the evidence provided.  The court allowed 15% of the assessed costs (not 15% of the costs claimed or costs previously agreed with the Defendant).

The court was satisfied that the figure of £1,932.00 for the ATE insurance premium was reasonably incurred.

WHAT DO I DO NOW?

The Bill observations give us an indication of how the court may approach a multitude of issues when undertaking an inter partes assessment.

It is clear from Cost Judge Brown’s comments that clients should be advised what costs are unlikely to be recovered inter partes, from the shortfall in the hourly rates, travel time, funding costs and case management/rehabilitation costs.  Unless, at the time of incurring such costs you also tell your client that they are not going to be recovered, then a solicitor cannot rely on the presumption of reasonableness under r46 when it comes to own client assessment.

As expected, solicitors can become involved in rehabilitation and the planning of it because it has a direct relationship to losses and quantum.  Cost Judge Brown’s observations suggest that the court can look to separate such time and solicitors should be aware of this when spending and recording time which arises from case management. 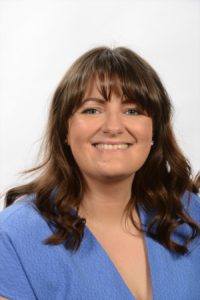