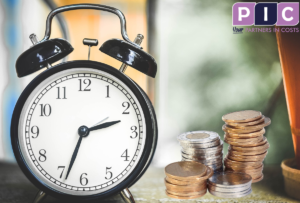 This article is of interest to Solicitors practicing in the more “niche” areas of the law where Guideline Hourly Rates are very much a starting point and the summary assessment of sometimes substantial costs is an occurrence.

For those who remember the good old days, when hourly rates were not virtually carved in stone by reference to national Guideline Rates, but were looked at by District Judges utilising judicial discretion with local knowledge of, amongst other things, “the broad average, direct cost of undertaking the work within that area” then the Judgment in Harvey Cohen (as executor of Eric Hermes, Deceased) and Marion Fine, Shelly Hermes and Jonathan Hermes deserved a second read. Whilst this case only touches upon hourly rates, it does highlight the wholly unsatisfactory state of affairs which hopefully will not be repeated moving forward.

Also, Harvey reinforces the often-forgotten approach Judges are required to adopt when conducting a summary assessment of costs.

By way of brief background, the dispute concerned the one asset of the deceased, a property in Salford.  The three Defendants, all children of the deceased, were not able to agree upon the sale of the property and accordingly the Claimant, a former partner at Glaisyers Solicitors, sued in his capacity as professional executor. The Defendants represented themselves, but the Claimant was represented by a highly respected and well know Costs Lawyer, Mr Michael Fletcher, also of Glaisyers Solicitors.

Following some considerable ado, the matter ultimately came before District Judge Matharu by way of a telephone hearing on the 11th June 2020, when an order for sale was made and the Claimant sought his costs on the indemnity basis in the sum of £48,846.00 inclusive of vat. All three Defendants were invited to comment upon the quantum of the Claimant’s costs and various descriptions were proffered but no particular piece of work or item of expenditure such as a fee from Counsel were questioned. Mr Fletcher consequently was then only able to respond in general terms given the general nature of the Defendants’ submissions, following which the most summary of summary assessments was conducted by the District Judge. Despite assessing costs on the indemnity basis, only £27,000.00 of the sum claimed was allowed. Indeed, the Claimant’s costs were described by the District Judge as being “absolutely not reasonable” having previously maintained “there is exaggeration”. The £27,000.00 was inclusive of vat, Counsel’s fees, and disbursements. There was no explanation of how the figure was arrived at and no calculation at all.

The Claimant appealed and sought a redetermination of his costs at a detailed assessment relying upon three grounds of appeal. Essentially, it was maintained that insufficient regard had been paid to the requirement to assess costs on the indemnity basis, a far too summary approach had been adopted with little or no regard to the component parts of the Claimant’s Statement of Costs with the District Judge effectively imposing her own tariff and finally that the District Judge fell into serious procedural error by not considering the option to adjourn given the very limited time available.

The correct approach to a summary assessment of costs has long been the subject of judicial guidance and unsurprisingly Mr Fletcher relied upon Flowers Inc v Phonenames Limited [2001] EWCA Civ 721, [2001] 2 Costs L.R 286. A Judge’s own tariff is not permissible and the Judge conducting the summary assessment must focus on the Statement of Costs provided. This has been upheld on a number of occasions.

An Appeal Court only has the ability to interfere with the decision of the lower Court where the decision was either wrong or unjust consequent upon a serious procedural or other irregularity. His Honour Judge Hodge QC, who adjudicated upon the Claimant’s appeal, held that both features were present and indeed he concluded at an early stage in the appeal hearing that the District Judge had erred in her approach. He then went on to conduct his own line by line assessment and arrived at a figure of £35,703.00 inclusive of vat.

In his reserved Judgment, His Honour Judge Hodge QC upheld the approach in Flowers and whilst concluding that a summary assessment of costs was akin to a broad-brush approach, such broad- brush approach still equated to a requirement for the individual items of the Statement of Costs to be considered item by item.  In effect, there was no practical difference between a summary and detailed assessment save for the absence of costs pleadings in the former. Additionally, whilst not specifically mentioned, one assumes a summary assessment of costs should not entail the same forensic examination of papers as in a detailed assessment.

The Claimant’s request for the quantum of his costs to be remitted to a detailed assessment was declined, and the Judge simply imposed his own figure of £35,703.00 in substitution for the District Judge’s figure of £27,000.00.

One of the component parts of any claim for costs is hourly rates, here being no exception and whilst arriving at the figure of £35,703.00 the Appeal Court was required to consider hourly rates for two individual fee earners who sought rates exceeding the 2010 Guideline Hourly Rates. Amongst other things, the Judge utilised his extensive knowledge of sitting in the Business & Property Courts, both in the North West and London, held that the current marketplace could not be equated to that which existed to 2010 and that rates actually being charged now considerably exceed the historic published Guideline Rates.

An attempt had, of course, been made previously in 2014 to update the Guideline Rates but for various reasons did not reach fruition. This was not well received by O’Farrel J in Ohpen Operations UK Ltd v Invesco Fund Managers Limited [2019] EWHC 2504 (TCC) who referred to the obvious difficulties in determining reasonable rates in 2019 based upon rates fixed in 2010.

Before His Honour Judge Hodge QC handed down his judgment in Cohen a further working group was established to attempt to achieve that which failed in 2014 (preliminary findings now published and subject to further consultation); however, he took it upon himself to uplift the 2010 rates taking into consideration inflation pending publication of the current review. Crucially, the Judge relied upon “In my experience of sitting in the Business & Property Courts, both in the North-West and in the Rolls Buildings….”and increased the 2010 rates by 35%.

Therefore, whilst National Guideline Rates are a useful tool as a starting point, they are in no way a substitute for local knowledge and indeed good old fashioned common sense in conjunction with skill, expertise and care; something which has become increasingly lacking since 2007 when Guideline Rates were first published. 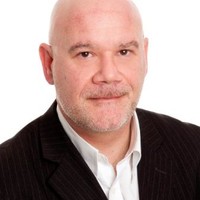