Good Reason to Depart, Pre and Post Judgment Interest on Costs and VAT on Budgeting Costs

Judgment in Marbrow v Sharpes Garden Services Limited was handed down by Senior Costs Judge Gordon-Saker on Friday 10th July, following a Detailed Assessment conducted by our own Michelle Walton, instructed by Ed Myers of Barratt, Goff & Tomlinson for the Claimant.

The Judgment, and other decisions given ex tempore during the hearing, deal with a number of important and common disputes which arise on inter partes assessments. Below, Michelle sets out a quick overview of five of the issues dealt with.

VAT on Costs of Budgeting

The Defendant argued that the CPR PD 3E 7.2 caps of the higher of £1,000 or 1% for initially preparing the Precedent H, and the cap of 2% for budgeting and costs management, were inclusive of VAT. The Defendant relied on the recent decision in Response Clothing Limited v The Edinburgh Woollen Mill Limited [2020] EWHC 721 (IPEC), where HHJ Hacon determined that the cap of £50,000 in CPR 45.31(1) in respect of certain proceedings in the IPEC was exclusive of VAT.

The Claimant relied on the decision in BP v Cardiff & Vale University Local Health Board [2015] EWHC B13, also submitting that the definition of ‘costs’ did not include VAT, but if it did, the figure of ‘incurred costs’ mentioned in the PD must also be inclusive of VAT, therefore either way VAT would be payable. The Claimant also highlighted the fact that if the £1,000 cap applied and was treated as exclusive of VAT, the resulting figures for profit costs and VAT would not be whole numbers (£833.33 recurring and £166.66 recurring respectively), therefore it was inconceivable that that figure was intended to be inclusive of VAT, therefore in turn the 1% and 2% must also be exclusive of VAT.

The Senior Costs Judge decided to follow his previous decision in BP, and held that the caps were exclusive of VAT as the percentages were expressed as percentages of figures which do not include VAT, i.e. ‘incurred costs’ and ‘budgeted costs’ which, as expressed on the front page summary of Precedent H, are expressly exclusive of VAT.

In my opinion, this was a sensible decision, for all the reasons argued by the Claimant and articulated by the Chief Costs Judge.

The Claimant had entered into a Disbursement Funding Loan with his solicitors at a rate of 5%, and the interest payable on the same was claimed within the Bill at £2,484.48. The Defendant challenged the same, referring to Friston at para 49.112 that “It is well established that financing costs [such as interest on a disbursement funding loan] cannot be recovered from an opposing party” and also the decision in F & C Alternative Investments (Holdings) Ltd & Others v Barthelemy & Another [2012] EWCA Civ 843 that “costs of funding litigation by way of bridging loans are not ordinarily recoverable in themselves as costs of litigation…”.

The Claimant relied on the Court of Appeal case of Secretary of State for Energy & Climate Change v Jones [2014] EWCA Civ 363 [2014] where it had been agreed between the parties that interest on the Claimants’ Disbursement Funding Loan in the group personal injury case was payable, however there was a dispute as to the reasonable rate of interest.

The Court considered the decision in Hunt v RM Douglas (Roofing) Ltd [1987] 11 WLUK 221 where the Court of Appeal held that funding costs had never been included in the categories of expense recoverable as costs, and to include interest payable on either an overdraft or a loan utilised to pay disbursements would constitute an unwarranted extension of that principle. Judgment was therefore given that interest incurred under a disbursement funding loan cannot be recoverable as costs, however could possibly be recoverable as pre-judgment interest under CPR 44.2(6)(g).

The Court however went on to distinguish the current case against Jones (relied upon by the Claimant), as Jones, whilst a personal injury matter, was a group action in which the disbursements totalled in excess of £787,500 (compared to just under £50,000 in the current case). It was accepted that the Claimant did not have the means to fund his disbursements other than by a loan, however the Court found that was likely the case in the vast majority of personal injury matters. The incipitur rule remained the default position, and justice did not require a departure from that rule in this case.

Whilst a disappointing result for the Claimant, the decision does not automatically render interest on disbursement funding loans as not recoverable; rather if there is a reason under CPR 44.2(6)(g) to award such interest, it can be awarded. What reasons will be deemed sufficient to justify the Court using its discretion under this rule however remains uncertain.

Within the Points of Dispute the Defendant submitted interest should only run from three months after the order for costs, as per the decision of Mr Justice Leggatt in Involnert Management Inc v Aprilgrange Limited & Others [2015] EWHC 2835.

The Claimant pointed out that in Involnert interest was awarded from the date of Judgement, just at a lower rate of 2% until the three month period had expired, and in any event, Involnert does not override the general rule under CPR 40.8(1) that interest shall begin to run from the date that Judgment is given, and the Defendant had provided no justification as to why the Court should disregard that provision and ‘order otherwise’ under CPR 40.8(1)(b).

The Court agreed with the Claimant that the Defendant did not rely on any particular feature to justify a departure from the general rule and therefore its argument was, in effect, that the default position should be that interest should only run from the date on which notice of commencement is, or should have been, served. The default rule is however perfectly clear, and as no reason had been shown to depart from the same, the default rule should be followed and the Claimant should be entitled to interest at the rate of 8% from the date of judgment.

Again another sensible decision. Especially in the era of Costs Budgeting where (usually) a paying party will have a good idea of the level of costs the receiving party is likely to have incurred prior to Detailed Assessment Proceedings being commenced, and are therefore in a good position to make a substantial (in terms of the claim for costs) interim payment to limit the liability for interest. There is therefore no justification for not applying the default position under the rules.

Another issue dealt with during the hearing, but with judgment being given ex tempore, was an issue which is regularly argued between parties – time incurred travelling to attend a Claimant at home, especially in relation to Budgeted costs.

The Defendant successfully challenged the travel time claimed within the incurred costs, and submitted therefore that there was ‘good reason to depart’ from the budget, in so far as disallowing the time claimed for travelling to attend upon the Claimant within the budgeted part of the Bill.

The Court agreed with the Claimant, noting that whilst travel time to attend a Claimant at home was generally unrecoverable, this was due to the same being deemed unreasonable rather than being not recoverable in principle. As such, despite it having already been found to be unreasonable to attend the Claimant at his home, and time claimed in relation to the same being disallowed within the incurred costs, this did not amount to good reason to depart, and therefore the budgeted time was allowed as claimed.

This is an important decision as it clarifies that even a certain of head of costs is deemed unreasonable in a particular case, that will not be a good reason to depart from the Budgeted costs. This is not limited to travel time, but to any heads of costs which are deemed ‘unreasonable’ according to the particular facts of the claim.

Good Reason to Depart – Overspend and Underspend on Constituent Elements

Another argument on the part of the Defendant was that there was good reason to depart in relation to the Expert’s phase. The Defendant highlighted that the assumptions within the Budget included a conference with all four experts, when a conference with only one expert was actually held. The Defendant also highlighted that the fees estimated for three of the experts within the Budget were around four times higher than the fees eventually claimed with the Budget, whereas the fees estimated for the fourth expert, the Engineer, in the Budget were four times higher in the Bill.

The Claimant pointed out that the Expert’s phase was complete, and that it was by now trite law that a party can spend a budgeted figure however they liked. The expert’s fees are just one constituent element, and the Claimant should not be held to what was estimated for each expert within the Budget, just as he should not be held to any constituent element within a Budget (Yirenki v Ministry of Defence [2018] EWHC 3102 (QB); Jallow v MOD (24 April 2018, Case Number JR 1702148); Nash v MOD (SCCO, 22 February 2018).

The hearing note of the Judgment sets out the Senior Costs Judge’s decision:

The Defendant’s argument is that the court should have regard to constituent parts of the budget, and clearly something has gone wrong in relation to the engineering expert, where there has been a substantial overspend. Similarly, the Defendant has not had the benefit of any underspend by the experts where it was anticipated that a conference would be held, whereas in fact none took place.

It seems to me that this is not a good reason to depart from the budget. When approaching a budget, the court is required to consider what is a reasonable and proportionate sum for the overall work that it is anticipated for this particular case. In, I suspect, no case, do the figures that are actually spent accord to the penny or pound as to what was anticipated in budget. More work will be done in relation to some matters than anticipated, and less in others; that is the nature of litigation.

Parties are required to make their best estimate for budgets, but this can only ever be an estimate. If it appears they may exceed the budget, that must relate only to the total figure, as a result of significant development, then they are encouraged to apply for a variation of the budget. In this case it would have been somewhat difficult for the Claimant to apply for a variation when, on the face of it, they were within the figure the court had approved.

The road which the Defendant wishes the court to go down is a slippery slope and it seems to me once we get into arguments as to what has been spent on what basis, all arguments about what assumptions may have been made by the court as to what work would have been required by the experts, or work between fee earners etc, then whole purpose of budgeting disappears.

The fact there is an overspend on some experts and an underspend on others is not a good reason to depart from the budget in a case where the phase has been completed.

This decision rightly confirms what the three well-known cases of Yirenki, Jallow and Nash have previously stated, however the confirmation is welcome as clearly paying parties are still advancing arguments along these lines in Detailed Assessment proceedings.

If you have any questions about any of these points, or any other general queries, please feel free to contact the author, Michelle Walton. 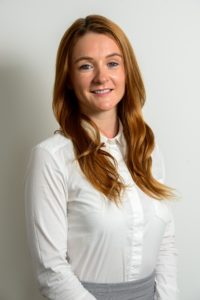