We want to ‘Express’ Ourselves, says the Mirror 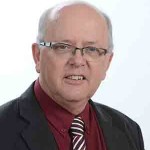 Following a detailed assessment in November 2015, Master Gordon-Saker gave his judgement on the Defendant’s submissions on additional liabilities.

The background to this case involved a primary school teacher with no public or media profile of her own, but who had been in a relationship with a successful premiership footballer. Hence there ‘must’ be a public interest in this being reported. She had the misfortune to lose her phone, and for this to fall into the hands of someone who acted in a true public spirited fashion. Making the contents known to the press, led to a journalist’s visit, subsequent complaints, and the proceedings, which formed the basis of the costs claim.

In BNM v Mirror Group Newspapers Limited, they had contended that any costs order in favour of the Claimant should not include these. Their contention was that if any such order was made, it would be incompatible with the right to freedom of expression as a publisher under article 10 of the European Convention on Human Rights.

The Claimant had entered into a conditional fee agreement in April 2013, which provided for a 100% success fee, but a discounted one if the claim concluded before trial. The action was compromised in the sum of £20,000 and undertakings not to use or disclose the confidential information.

Subject to the article 10 point, the court allowed success fees of 33% and the ATE insurance premium in full.

Master Gordon-Saker said decisions of the ECHR do not bind domestic courts, and that the Human Rights Act merely provides that these are taken into account.

His ruling was that Campbell v MGN Limited (No 2), where the House of Lords ruled the success fee should not be disallowed, was binding.

‘I have to conclude that an order permitting the claimant to recover from MGN a reasonable success fee would not be a violation of MGN’s right to freedom of expression as a publisher,’ said Gordon-Saker.

Echoes of Coventry v Lawrence? The article 10 point was not relevant there, but this illustrates a committed intention to maintain significant challenges to the UK scheme, even in its constricted form. It is understood that the Defendant intends to take this to the Supreme Court.

So, the moral of the story is: keep on looking in the mirror, to see whether you like what you see…

And don’t forget, PIC remains committed to keeping you informed, and to recovery of additional liabilities while these remain recoverable.