Translation Fees – the Paying Party says I can’t recover them?

This is an article about fixed costs, except that it’s not.

In Mr Philip Aldred – v – Master Tyreese Sulay Alieu Cham [2019] EWCA Civ 1780, a case dealing with the recoverability of counsel’s fee for advice on quantum for the purpose of approval in a fixed costs RTA claim brought on behalf of a child, Lord Justice Coulson commented on the animus for such issues to be brought before the Court of Appeal:

‘Two inescapable elements of that regime mean that, from time to time, this court is asked to construe the provisions of CPR Part 45 dealing with fixed costs. One such element is the undoubtedly complex nature of the provisions: the need to provide one comprehensive set of rules for so many different sorts of claim with so many potentially different features means that the rules are not always easy to navigate. The other is more basic: the understandable desire on the part of claimants to seek, through the rules setting out the exceptions, to recover from defendants more than the single sum stated in the tables by way of fixed costs, and the equally understandable wish of the defendants, wherever possible, to restrict the claimant’s recovery to those fixed costs alone.’

The claimant, a seven-year-old child, was injured in a RTA in September 2015. It fell within the Pre-Action Protocol for Low Value Personal Injury Claims in Road Traffic Accidents, though following denial of liability, fell out of the protocol, such that in terms of costs, it would be subject to the provisions of Section IIIA of CPR 45. Shortly thereafter, liability was accepted by the Defendant, and an offer made of £2,000.00 in settlement of the claim. Advice on the offer was sought from counsel per paragraph 5.2 of Practice Direction 21, given the need for the Court to approve settlement under CPR 21.10(1).

Counsel provided advice at a cost of £150 and recommended acceptance of the offer, and settlement was approved by the Court following issue of Part 8 proceedings for that purpose, with the Defendant to pay the costs of the claim. A bill of costs was served and in due course the Defendant objected to the fee for advice on the basis that it was not recoverable under the fixed costs provisions of Section IIIA of CPR 45; it did not fall within the stated recoverable types of disbursement within the rules, and could not be brought within the exception of CPR 45.29I(2)(h), which enables the court to allow ‘any other disbursement reasonably incurred due to a particular feature of the dispute’.

The fee was allowed on provisional assessment and subsequent oral review, the view taken in the latter that the fact that the Claimant was a child was a particular feature of the dispute such that the Court was entitled, and indeed required, to consider whether the fee fell within the ‘escape provision’ of CPR 45.29I(2)(h), and that it did so. That view was concurred with on appeal at first instance.

Before the Court of Appeal, the Defendant succeeded in having counsel’s fee held to be outwith the rules, and disallowed. Counsel’s fee for advice in an infant approval matter falling within the restrictions of section IIIA of CPR 45 (for claims started under, but which have fallen out of, the Pre-Action Protocol for Low Value Personal Injury Claims in Road Traffic Accidents) did not arise as a ‘particular feature of the dispute’, but as a consequence of a particular feature of the litigant, i.e. in this instance that they were still in their minority and the rules required an advice.

In reaching the conclusion that the advice fee was necessitated by a characteristic of the Claimant and did not fall within the exception, the Court drew comparison with the situation where a claimant is unable to speak English, which would similarly be a characteristic of the claimant and not a feature of the dispute. Translation fees in consequence would not be recoverable under the fixed costs provisions.

And that is the point of this, an article about fixed costs, but not. We are starting to see paying parties raise issue with translation fees in non-fixed costs cases, on the basis that per Aldred they are not incurred as a feature of the dispute but in consequence of a characteristic of the litigant. This is to overlook entirely the significance of the distinction: that it arises in the context of very specific (and in Lord Justice Coulson’s words, ‘undoubtedly complex’) rules concerning fixed costs, which similarly to CPR 36 are in large part a self-contained code.

Save in relation to the fixed costs provisions in Sections II, III and IIIA (which all contain a provision with largely the same wording), it is a distinction without a difference. Absent the strictures of the fixed costs provisions, the test as to recovery is whether costs were reasonably and proportionately incurred, and whether they are reasonable and proportionate in amount, per CPR 44.3(2). A home visit to a housebound client, whose immobility does not arise from the index accident, would nevertheless be permitted as a reasonable cost. Costs incurred in appointment of a litigation friend where a litigant loses capacity mid-proceedings, otherwise unconnected to the dispute, would not be disallowed because it was not alleged that the consequences of the Defendant’s negligence were responsible for the loss of capacity. Such costs incurred in consequence of those factors would be allowed as a matter of course, as they are in principle inescapably reasonable incurred. The same applies to fees incurred for translation services.

The motivation for these challenges is easy to discern, and not confined to the arena of fixed costs; the desire to reduce a paying party’s liability to the minimum possible. This current trend is, however, misguided and has no foundation outside the fixed costs rules.

If you have any questions about this article, or any costs related queries, please contact Dominic. 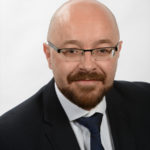