The High Cost of Gardening! 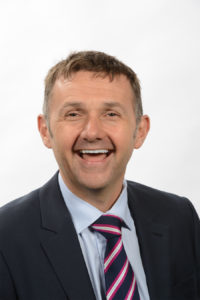 The Court of Appeal has discussed three key areas relating to an appeal regarding indemnity costs.

(a)  Was the respondents’ pursuit of what were said to be “speculative, weak, opportunistic or thin claims” properly be described as out of the norm such as to warrant an order for indemnity costs.

(b)  Whether the respondents’ failures to accept and subsequently to beat the appellant’s Part 36 offer, made at a very early stage in the proceedings, also meant that an order for indemnity costs was warranted.

(c)  The relevance, if any, of the fact that the appellant’s approved costs budget was said to be £415,000, but that any assessment on the indemnity basis would start at the appellant’s actual costs figure of not less than £724,265.

The appellant is an American-qualified architect, who was a friend and former neighbour of the respondents. Gratuitously, she provided assistance to the respondents when they wanted to undertake major landscaping works (including structural elements) in their North London garden (“the garden project”). There was a falling-out which led the respondents to commence proceedings against the appellant in the TCC for breach of contract and/or negligence. The appellant made a Part 36 offer in the sum of £25,000 three weeks after the start of proceedings, which was not accepted.

Following the trial of Preliminary Issues, the existence of any contract was rejected. Although it was found that the appellant owed the respondents a duty of care (a finding subsequently upheld by the Court of Appeal), this court made plain that, in these particular circumstances, the duty of care related to only such professional services as the appellant in fact provided; in other words, she could have no liability in respect of any alleged omissions. That meant that what the appellant actually did was critical to any claim in negligence against her. Following numerous further interlocutory skirmishes and a 5-day trial, the judge concluded that the appellant had in fact provided very few services and had not been negligent in providing any of them. The claim failed in its entirety.

The appellant’s costs were presented to the judge in the eye-watering amount of £724,265 (and even that was incomplete, because it excluded some items such as the costs of the earlier appeal). She sought assessment on an indemnity basis. The respondents argued, and the judge agreed, that costs should be assessed on the standard basis.

Out of the Norm Conduct

“There is, however, much more force in the appellant’s over-arching point about the judge’s failure to address the speculative/weak nature of these claims”

“the judge should instead have been asked to consider whether, at any time following the commencement of the proceedings, a reasonable claimant would have concluded that the claims were so speculative or weak or thin that they should no longer be pursued”

“No later than one month after the handing down of the judgment by the Court of Appeal on 7 April 2017 (i.e. by 7 May 2017) the respondents, having had time to consider the implications of the Court of Appeal judgment, should have realised that the remaining claims were so speculative/weak that they were very likely to fail, and should not be pursued any further.”

“I have asked myself why, in all those circumstances, these speculative/weak claims were pursued to trial. The answer may very well lie in the judge’s comment at [108] of his main judgment: that the decision to continue was borne out of the respondents’ desire “to punish the appellant for her alleged negligent mistakes rather than seek fair and reasonable compensation for her alleged mistakes”. An irrational desire for punishment unlinked to the merits of the claims themselves is precisely the sort of conduct which the court is likely to conclude is out of the norm.”

“I consider that the pursuit of these claims from 7 May 2017 onwards was out of the norm such as to justify an order for indemnity costs.”

“Part 36 has always been designed to provide that a claimant who beats his or her offer has an automatic entitlement to indemnity costs (unless that can be shown to be unjust) whilst a defendant has no such automatic right. Although some commentators consider this misalignment to be unjustified, it is right to note that Part 36 has been the subject of detailed consideration and amendment on at least two occasions since it was first drafted, and at no stage has it been thought appropriate to adjust this misalignment. Indeed, when the issue was the subject of specific consultation in 2006, there were mixed views as to whether or not the position of a defendant should be brought into line with that of a claimant[2] and no changes were made.”

“Thus, as things presently stand, the CPR is clear. There is no automatic entitlement on the part of a defendant to indemnity costs if that defendant beats its own Part 36 offer.”

“The fact that a defendant has beaten his or her own Part 36 offer is plainly a matter of importance in the exercise of the court’s discretion under CPR Part 44.”

“When a defendant beats its own Part 36 offer, the court should always consider whether, in consequence, the claimant’s conduct in refusing that offer took the case out of the norm. Sometimes it will; sometimes it won’t”

“I consider that the respondents’ failures to accept and then to beat the appellant’s Part 36 offer was a separate and stand-alone element of their conduct which was out of the norm, separately justifying an award of indemnity costs or, in the alternative, justifying such an order, when taken together with the nature of the claims pursued by the respondents.”

“If there is an order for indemnity costs, then prima facie any approved budget becomes irrelevant.”

“the assessment of costs on an indemnity basis is not constrained by the approved cost budget, and to the extent that my obiter comments in Elvanite or Bank of Ireland v Watts suggested the contrary, they should be disregarded.”

Always be aware that the cost consequences of bringing speculative and weak claims are high. You have a duty to bring this risk to your clients’ attention.

P36 is a powerful tool for both claimants and defendants. Although there is no automatic right to indemnity costs for a defendant making P36 offers, the offers are very persuasive. Take early good P36 offers very seriously and advise your client accordingly.

This case reminds us that budgets are on the standard basis and fall away with an indemnity costs order. Although it also reminds us that only reasonable costs can be recovered under either of the basises of costs.

PIC’s Costs professionals are often co-opted into litigation teams to offer advice throughout the case on cost consequences of budgets, conduct and P36 offers.