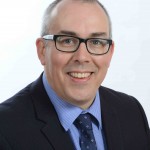 Adrian Hawley, Head of Court of Protection Costs at PIC, looks at the challenge for the OPG in terms of the policing of Deputies.

I recently had the opportunity to listen to Alan Eccles, the Public Guardian and Policeman, address the users of the Office of the Public Guardian. For those that work in this area of the legal system you’ll be heartened to hear that the OPG is wishing to reach a wider target audience for Lasting Power of Attorneys (LPSs), to promote awareness of the Mental Capacity Act and to review the safeguarding processes of the OPG.

One thing you can never plan for is an acquired brain injury. However, with the help of those working in the Court of Protection arena you can spread the word to the general public to engage an LPA.

Local authorities can become LPA champions and engage their residents to enter into LPAs. The future cost saving to social services could be considerable if more people arranged their possible future care without the need for local authority intervention.

Turning to the OPG’s investigations, it dealt with 109 cases in June 2016 and concluded 72 cases. As the number of deputyships rise, so do the number of annual investigations. One of the main issues leading to an investigation is financial neglect by the attorney or deputy. This neglect can be not applying for all the benefits P is entitled to or by not dealing with investments in an appropriate manner.

At PIC we enjoy working in partnership when dealing with the costs of applications to the Court of Protection and of a general management of finances by the deputy. The OPG told us of its collaborative approach over the last year, working with regional assemblies, the banks, the Land Registry, the Police and Ofcom. These partnerships deal with both the safeguarding of P and to share information to enable all the service providers to work for the benefit for the Protected Party.

If you missed the OPG roadshows and you want to know more about their public message or you would like our own COP costs in-house roadshows, then please get in touch.

The recent feedback from our roadshows has been overwhelmingly positive!