Statements of Costs:  When to prepare a Statement of Costs, the importance of being timely, and the impact of the pilot scheme (PD51X) 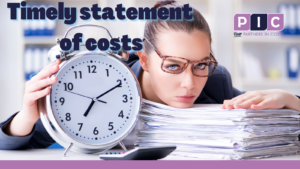 Why prepare a Statement of Costs?

It is a CPR requirement that Statements of Costs (N260) are prepared and served 24 hours prior to the time fixed for any hearing that lasts less than one day, or not less than 2 days before fast-track trials.

If it is your intention to claim costs, then a Statement of Costs must be prepared. Failure to do so without reasonable excuse will be considered by the court when deciding what costs order to make in respect of the costs of the claim, hearing or application, and about the costs of any further hearing or detailed assessment hearing that may be necessary as a result of that failure.

Compliance with the CPR prescribed time limits is important, particularly if that delay results in the opponent suffering prejudice.

In the case of McDonald v Taree (Holdings) [2001] 1 Costs LR 147, the court held that non-service of a Statement of Costs would not preclude a summary assessment of costs, but the court should instead consider an adjournment to allow the consideration of the Statement of Costs. The court’s reaction to the failure should be; (1) proportionate; (2) take into account any aggravating factors that may justify depriving a party of all or part of its costs; (3) determine whether there had been any prejudice as a result of the late service; (4) if there had been prejudice then the court should consider whether a short adjournment would be appropriate to enable consideration of the statement before proceeding to assessment, with a view to the court reducing the costs if there is any doubt in their determination; and (5) defer the matter to either summary or detailed assessment if there was a good reason to do so, one example being where the paying party has shown substantial grounds for disputing the sum claimed for costs and therefore it cannot be dealt with summarily.

The principle of whether costs should be disallowed because of late service of the Statement of Costs has again been brought to light in the more recent case of Tribe v Elborne Mitchell LLP (Costs) [2021] EWHC 1252 (Ch). In this case the Claimant served their Statement of Costs late, which the Defendant objected to, claiming that the Claimant had no entitlement to costs as a result of the late service. The Defendant had not presented any arguments of prejudice or aggravating factors. Furthermore, they had also been given the opportunity to present arguments by way of written submissions.

Consequently, the Deputy Master found that, although the Statement of Costs had been served late, the Defendant had suffered no obvious prejudice in the manner contemplated in MacDonald v Taree Holdings and therefore proceeded to determine and assess the costs in the normal way.

In arriving at the decision, the Deputy Master commented as follows:

“I am however mindful of the guidance given by Neuberger J (as he then was) in MacDonald v Taree Holdings [2001] 1 Costs L.R. 147 on the correct approach to be adopted by the court when it is faced with a failure of compliance of this nature and in particular that the court’s reaction should be “proportionate”. The correct approach where there has been a mere failure to comply without aggravating factors is to first consider:”

“what, if any, prejudice has that failure to comply caused to the other party? If no prejudice, then the court should go on and assess the costs in the normal way. If satisfied it has caused prejudice, the next question is: how should that prejudice best be dealt with?.”

To avoid your opponent suffering any prejudice, it is advisable that any Statements of Costs are served on time. Any delay may result in your client being liable for any additional costs that may be necessary in the assessment of the costs.

The preparation of Statements of Costs may be subject to change and are predicted to become more complex and time consuming if the current voluntary summary assessment pilot scheme becomes permanent. The pilot scheme (PD51X) commenced on 1 April 2019 and it has now been extended up until 31 March 2022. The scheme has introduced two Statements of Costs; (1) the N260A which is required for interim hearings; and (2) the N260B for summary assessment at trial.

Furthermore, an additional layer of information is required for cases that have been costs managed as parties must file and serve a precedent Q. The precedent Q presents the court with clarity in terms of the costs incurred compared with the amount allowed in the budget.

The format of the proposed Statements of Costs requires additional detail to be included and a requirement for time to be phased for the fast-track trial Statement of Costs. Adoption of the pilot scheme in its current format may result in the phasing of time for fast-track matters becoming necessary. 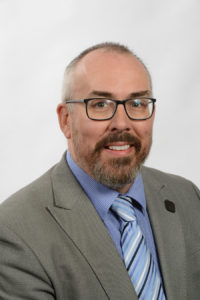