APPLYING TO HAVE JUDGMENT SET ASIDE PROMPTLY 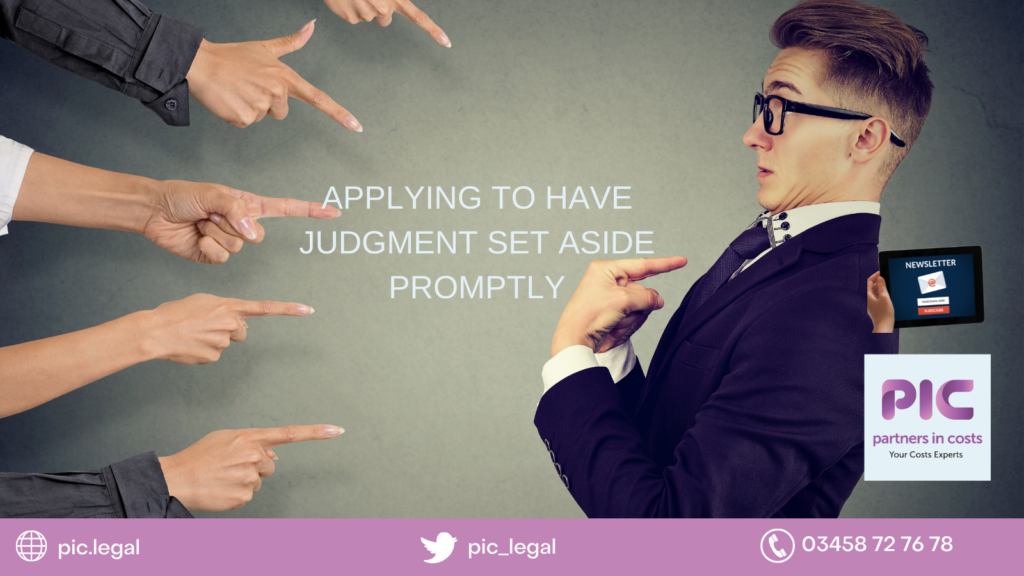 In the recent case of Mountain Ash Portfolio Ltd v Vasilyev [2021] EWHC 1853 (Comm) Mr Stephen Houseman QC, sitting as a Deputy High Court Judge, set aside a default judgment. However, this was only just permitted, with the delay in making the application leading to the decision being one that could have tipped either way.

The Claimant had obtained a default judgment. The Defendant applied to set aside that judgment.  Following review, the judge found that there was a realistic chance of the Defendant being successful. The judge then went on to consider whether the application had been made promptly.

The Judge referred to CPR13.3 outlining:

The two limbs or gateways in CPR 13.3(1)(a) and (b) are disjunctive. If either is satisfied, the Court then has a broad discretion as to whether to set aside the relevant default judgment. The applicant/Defendant has the burden both as to satisfaction of one or other gateway and also the exercise of discretion in its favour.

Consistent with such policy, an applicant/Defendant under CPR 13.3 must show that it has acted promptly in making such application: CPR 13.3(2). Promptness depends on the particular circumstances and should ordinarily be measured from the time when the Defendant learns of the default judgment. Further, it is now established that an applicant/Defendant under CPR 13.3 must also satisfy the test for ‘relief from sanctions’ under CPR 3.9, reflecting the fact that the relief sought from the Court arises from that party’s own prior procedural default – in this case, failure to file acknowledgement of service within 14 days of (assumed) service of the claim form: CPR 58.6(2).

As regards the requirement for promptness (CPR 13.3(2)), this is always an important factor in the Court’s exercise of discretion: see 2021 White Book at 13.3.3. There are no hard and fast rules or even indicative tariffs in play, it all depends on the circumstances of each case.

The impact of any unjustified delay (i.e. lack of promptness) should be considered as part of the Court’s exercise of discretion under CPR 13.3.

The judge found the threshold merits gateway test had been met.  He then went on to consider matters of discretion, with the issue of delay being a major consideration.

The Set Aside Application was made on 5 February 2021. The intervening period of 15½ weeks included 72 business days in this jurisdiction, allowing for the Christmas and New Year holidays. At first blush this is a startling amount of time for the making of an application under CPR 13.3. There is nothing prompt about it.

Mr Power invokes the magnitude of the Default Judgment as justifying the delay in bringing the Set Aside Application by reference to the concept of proportionality. The equal and opposite point could just as well be made against Mr Vasilyev or Dentons: an individual against whom a default judgment of such magnitude has been entered in his personal capacity and on a presumptively regular basis should be at strains to apply to set it aside without delay.

If there is to be a justification for the absence of promptness in this case, it has to lie in the need for Mr Vasilyev and his legal team to investigate underlying events. The Set Aside Application itself is not a complex or substantial offering.

When evaluating promptness in a context like the present, it may be instructive to look at what could have been done sooner. That said, I do not lose sight of the fact that fraud and forgery are strong things to allege and should only be advanced on a proper and considered basis. An applicant under CPR 13.3 should not be held to a timeframe that would punish him for having acted responsibly before making such serious allegations by way of set aside application.

I have no basis for doubting Mr Vasilyev’s evidence that he was ill for three weeks in November 2020 and that this affected his ability to provide instructions or discuss this case with Dentons. I am, however, concerned that he gives no dates for or details about his illness and alleged physical incapacitation during that period.

I am concerned by the lack of detail surrounding this investigative process. I am also somewhat sceptical as to its causal impact on the timeline to issuance of the Set Aside Application. No explanation is provided at all for why it took another five weeks to issue the Set Aside Application after being told on 30 December 2020 that MAP did not have the ‘wet ink’ version of the Guarantee.

Mr Vasilyev’s bland invocation of the Orthodox Christmas and New Year holiday period, between 30 December 2020 and 11 January 2021, is unimpressive and I disregard it. No explanation is given for why the Set Aside Application was not then issued until 5 February 2021, a full fortnight after receipt of the letter dated 22 January 2021 from Clifford Chance LLP. As described above, the Set Aside Application itself is a relatively modest offering.

These delays and the significant gaps in evidence to explain them are a cause of genuine concern for me in terms of acceding to the Set Aside Application. An applicant in the position of Mr Vasilyev could and should do more, both in terms of bringing his application sooner and explaining any delays with cogent evidence when making such application.

Solicitors on the record for a Defendant in the position of Mr Vasilyev should do their utmost to progress an application of this kind to ensure that it is made promptly, otherwise their client risks losing such application and being stuck with a default judgment on avoidable procedural grounds.

I am required to take account of this absence of promptness when weighing all the circumstances in the exercise of my discretion. I also take into account what I regard to be the slim margin by which Mr Vasilyev has satisfied CPR 13.3(1)(a) on the Witness/Deed Issue.

Despite some of the comments above and considering all other factors relevant to this case, the judge concluded that he was marginally satisfied that it was just and appropriate to set aside the Default Judgment under CPR 13.3 subject to conditions. As with Threshold Merits, he had reached this conclusion after some hesitation and with some reluctance. It was accepted that Mr Vasilyev had only located a copy of the Moscow Judgment on 16 December 2020. This appeared to have triggered a chain of inquiry that led to the central line of defence forming the basis or focus of the Set Aside Application. It was further noted that although matters could and should have moved forward much more quickly than they did from that point, there is no suggestion by MAP that it has suffered specific prejudice by the delay in subsequent issuance of the Set Aside Application.

It was concluded that Mr Vasilyev had met the requirements for relief from sanctions under CPR 3.9 and associated jurisprudence. The conclusion as to the effect of lack of promptness was deemed relevant to the period since Mr Vasilyev became aware of the Default Judgment.

This case highlights the importance making and progressing any application of this kind (or any kind for that matter) promptly to avoid the risk of losing and having to deal with the consequences (and possible cost implications) associated with the same. 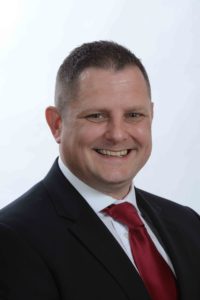