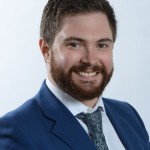 Alex Taylor, Advocate at PIC, discusses the decision in Qader & Ors, and the constitutional consequences of the Court of Appeal’s findings

The expansion of the fixed fee regime is now inevitable. However, as a corollary there will clearly be a significant increase in the level of satellite litigation bred by the great confusion such regimes create. Despite the idea of fixed costs regimes now being old news, it seems that the rules committee, via inadequate drafting, have allowed litigators on both sides ample opportunity to tear into these provisions like hungry wolves. Now the Judiciary seem to have decided to further complicate matters at the highest constitutional level.

The most recent is Qader & Others v Esure Services Ltd.  In that case it was held that an RTA case that leaves the portal and is subsequently allocated to the multi-track after issue of Part 7 proceedings does not attract the Fixed Costs Regime. Of most interest was the finding that the rules were inadequately drafted, prompting the Court to ‘write in’ their own rules.

Was it the Court of Appeal’s prerogative to step into the legislature’s shoes? Whilst there is a strong tradition of the three branches of government muscling in on each other’s action in this country, we find ourselves in the odd position where the Judiciary are finding the ‘correct’ result, but through unconstitutional means.

How did the Court of Appeal come to this decision? The short answer is policy reasons of its own. The nut of the Court’s reasoning can be found at Paragraph 35 of the judgement:

I have come to the conclusion that section III A of Part 45 should be read as if the fixed costs regime which it prescribes for cases which start within the RTA Protocol but then no longer continue under it is automatically dis-applied in any case allocated to the multi-track, without the requirement for the claimant to have recourse to Part 45.29J, by demonstrating exceptional circumstances.

Lord Briggs goes on to say:

…it was not in fact the intention of those legislating for this regime in 2013 that it should ever apply to a case allocated to the multi-track. A conclusion that it should so apply is a result which can only have arisen from a drafting mistake, which the court has power to put right by way of interpretation even if, as here, it requires the addition of words, rather than giving the words actually used a meaning different from their natural and ordinary meaning. It should normally be possible to understand procedure rules just by reading them in their context, but this is a rare case where something has gone wrong, and where the court’s interpretative powers must be used, as far as possible, to bring the language into accord with what it is confident was the underlying intention.

By any interpretation, this is an audacious step by the Judiciary, but to this commentator this appears to be the only way in which certainty can be achieved. Although it is the Judiciary’s job to interpret Parliament’s laws, surely there is a line crossed here even if it is for the best. If the Rules Committee continues to produce rules riddled with lacunae, such decisions are (rather worryingly) required. The big question arising from all this, is why both Parliament and the Judiciary continues to insist on the expansion of fixed costs whilst litigators are still finding opportunity to battle over the meaning of rules which have been established for over half a decade?