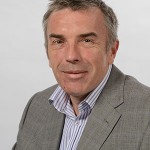 I remember well the anxieties of the legal profession when CPR was introduced in 1998. Indeed the mood was palpable to the point where you could see the blood drain from the faces of even the most hardened litigation lawyers whenever mention was made of proportionality. After a while the profession began to stick their heads above the parapet, and guess what, things were nowhere near as bad as they imagined, in fact as it transpired, proportionality and costs management in the context of costs at allocation and listing never really got any traction and for the most part proportionality and the test of necessity had little or no impact except in the most vulgar costs claims. Instead a mountain of other costs issues manifested, but that is another story.

So 17 years later, the profession again rocks back at the spectre of proportionality, this time resurrected in a different guise and seemingly with considerably more judicial clout and an apparent singular emphasis on the relationship between costs and damages to determine proportionality. So the dark returns along with the same resignation that costs are going to be clobbered by the Courts if the amount does not bear a reasonable relationship to damages. This then, is the crux of the matter.

Litigious costs are the sum of its parts constructed in the context of criteria prescribed by CPR. The Polar Star is the Overriding Objective.

And so, and just as I am about to get on my Soap Box, Mr Justice Leggatt instead very astutely provides us all with an absolute pearl when delivering his Judgement on Kazakhstan Kagazy PLC & Ors v Baglan Abdullayevich Zhunus & Ors, High Court of Justice, Commercial Division 20/02/2015, and my job has therefore become done.

(13) In a case such as this where very large amounts of money are at stake, it may be entirely reasonable from the point of view of a party incurring costs to spare no expense that might possibly help to influence the result of the proceedings. It does not follow, however, that such expense should be regarded as reasonably or proportionately incurred or reasonable and proportionate in amount when it comes to determining what costs are recoverable from the other party. What is reasonable and proportionate in that context must be judged objectively. The touchstone is not the amount of costs which it was in a party’s best interests to incur but the lowest amount which it could reasonably have been expected to spend in order to have its case conducted and presented proficiently, having regard to all the relevant circumstances. Expenditure over and above this level should be for a party’s own account and not recoverable from the other party. This approach is first of all fair. It is fair to distinguish between, on the one hand, costs which are reasonably attributable to the other party’s conduct in bringing or contesting the proceeding or otherwise causing costs to be incurred and, on the other hand, costs which are attributable to a party’s own choice about how best to advance its interests. There are also good policy reasons for drawing this distinction, which include discouraging waste and seeking to deter the escalation of costs for the overall benefit for litigants.

The goal posts remain where they were placed in 1998.