Ian’s Top Ten Tips No. 9: Shortfall Costs Recovery in Injury Claims (a man’s got to eat!) 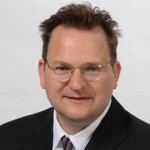 Shortfall costs recovery in injury claims (a man’s got to eat!)

As the amount of between the partes costs work starts to dry up, I have been doing my homework and reading all about Solicitor and own client costs – and what a little gold mine this might be for Costs Lawyers if any Claimant injury Solicitors dare to dip their toe into this area of costs (a man’s got to eat you understand).

The weird world of the CFAlite

First, let me set the scene – because for the last fifteen years or so most injury Solicitors have been living in the weird world of the CFAlite. Remember, a CFAlite is a Conditional Fee Agreement where your client’s effective liability to pay costs does not extend beyond what can be recovered from his opponent in litigation.

The basic system of litigation costs, and costs shifting, we have in England and Wales is that – your client, the Claimant, agrees at the outset to pay your fees and any disbursements incurred. Any costs recovered from the client’s opponent in litigation then belong to your client so that he may then use those costs recovered towards payment of your Solicitor and own client bill.

So where are we now? The position, following LJ Jackson’s “reforms” is that more and more Claimant injury Solicitors are starting to feel the pinch. The level of inter partes recoverable costs has been reduced and some Solicitor’s businesses have, over the last fifteen odd years, become used to operating on inter partes Woolf costs. Feeling the financial pinch, some firms of injury Solicitors are now thinking of charging their own clients for some, or all, of the shortfall of costs that cannot be recovered inter partes.

Now this is as new to me as it is to most injury Solicitors, but as I indicated above, I’m getting myself ready (a man’s got to eat!). At the end of a successful injury claim the Claimant’s Solicitor, considering a Solicitor/ own client shortfall costs recovery, should first off deal with the inter partes costs recovery, holding sufficient damages recovered on account to cover any Solicitor and own client costs. Only after the inter partes costs claim has been concluded can the Claimant injury Solicitor then start to work out his own claim for unrecovered costs from his own client – and how much will those costs be?

The notion that you can simply send a one-page invoice to your own client asking him to pay everything else off your WIP sheet that couldn’t be recovered from the opponent is, in my opinion, nonsense. Why should your own client have to pay the fat that was trimmed off the inter partes Bill of Costs, or the costs that couldn’t even reasonably be included in the inter partes Bill of Costs?

The presumption is that Solicitor/ own client costs will be assessed on the indemnity basis (CPR 46.9 and PD 6.2). However, if the funding contract provides that your client will only be liable to pay your costs on a standard basis then that is that (and since there is, in theory at least, only one standard basis of assessment, I would say that once the Defendant has paid the standard basis costs on a file that is that as far as costs recovery of any kind is concerned). As we have found out from inter partes detailed assessments, the indemnity basis is often not the free-for-all it is fabled to be. I wouldn’t take anything for granted.

Unrecoverable/ shortfall injury success fees have been capped at 25% etc and that is that. Do bear in mind however, that if your shortfall success fee is unreasonable, you should not be trying to seek such shortfall recovery from your own client (see A & Anor v Royal Mail Group).

What about technical retainer style challenges? You’re not out of the woods here just because you managed to dodge the Defendant’s technical challenges about enforceability of the retainer etc. On a Solicitor/ own client assessment your client’s own Lawyer will not only have sight of the retainer documentation, but will also have the benefit of interviewing your client to see what advice, or lack of it, was provided at the time the funding contract was entered into. And there will be the Pilbrow v Pearless De Rougemont style arguments as well (did you tell your client that the conducting fee earner would be unqualified?).

Likewise, to the above, there will need to be advance agreement with your own client in place if you are to recover any disbursements or Counsel’s fees which can’t be recovered inter partes.

To recover shortfall time spent from your client I think there are two hurdles. Firstly, you must have advised your client at the outset that not all your time costs might be recoverable from the opponent and your client must have agreed to bear that shortfall. Secondly, those times spent must be recoverable under the indemnity basis of assessment. And this, it seems to me, is where problems might also arise:

And I thought we’d never had it so good when the Conditional Fee Agreement Regulations 2000 were repealed – maybe I was wrong?

I suggest Claimant injury Solicitors consider all this very carefully before randomly lumping all unrecovered costs into a Solicitor and own client Bill.

There hasn’t yet been the anticipated “race to the bottom”. That is, I have not yet seen Solicitors competing for Claimant injury business on price. However, I am sure it is coming and what are you going to do? I would like to think there are fair-traders out there who would be satisfied with the earnings from inter partes costs alone. We will see.

I will happily help any Claimant injury Solicitors set out their own shortfall, Solicitor and own client, costs claims properly and then justify or defend those properly claimed costs – but you’d better be quick because into the future I might just be acting for your client!