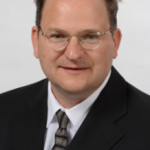 If I say it three times, it must be true!

How very strange the making of rules concerning Civil Litigation Costs in England and Wales has become. Like The Hunting of the Snark (Lewis Carroll), the whole thing could quite easily be described as nonsense. Indeed, in my experience in costs it seems, if someone says something three times, it often becomes true.

Where we were
Looking back to before 1 April 2000, costs claims were simple and almost always agreed. Once between the parties’ costs were doubled by the introduction of recoverable additional liabilities (due to the widespread removal of legal aid), paying parties were forced to dream up new costs arguments in order to try and bring costs claims back down to acceptable levels. Many of those arguments then became case law and some were even incorporated into the rules. Looking back, it seems incredible that some of the most tenuous points made by paying parties have been adopted and are now quoted by Judges on detailed assessments as valid reasons to reduce sensible claims for costs.
Lord Justice Jackson’s reports have had a similar effect (albeit, Jackson LJ had been given the power to say things three times after which they would be accepted automatically as the truth). If Jackson LJ did indeed have the Bellman’s authority, why didn’t he go on to explain what proportionality actually means, instead of leaving us all in the dark concerning the cornerstone of the costs reforms (and for that matter, why didn’t Woolf LJ explain it properly too?).

The fog of now
The fog is only getting thicker. Landmark decisions concerning inter parties costs used to be a rarity but now they are almost a weekly occurrence, along with frequent rule changes. All that change creates uncertainty and more new costs arguments. Perhaps all this was intentional – some kind of conspiracy to force the introduction of fixed costs across the board (and if it was, it has upset the consumers of legal services the most)?

There is a time to say “I was wrong” and I think some of the rule makers now need to hold their hands up. The business of conducting and preparing cases and the basics of the Court’s function haven’t changed for hundreds of years so why is so much change to the Court rules (particularly the costs rules) necessary?

A new start?
The only thing that has made a significant change to the way solicitors run their businesses over the last 100 years has been the computer (particularly the word processor). The Court rules do not have to be a complex machine. The whole thing could be so much more straightforward – and proof of that, in relation to costs at least, is just how well the system worked prior to 1 April 2000.
If we all say this often enough, it will become the truth…so, ‘let’s go back to how things were before 1 April 2010’.

Ian Moxon, Costs Lawyer, PIC
What are your thoughts on Ian’s blog? Should we wind back 16 years or is there another way forwards? Please send your thoughts to info@pic.legal