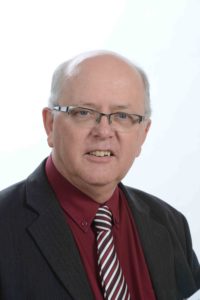 A house of cards is a structure created by stacking playing cards on top of each other pyramidally. This may be a pastime used to ‘pass time,’ or competitively, in creating intricate structures, earning a coveted place in a well-known Book of Records.

However, let the ‘builder’ beware:

“House of cards” is also an expression meaning a structure or argument built on a shaky foundation or one that will collapse if a necessary (but possibly overlooked or unappreciated) element is removed.

The expression in the specific context of an argument can be applied in the case of Global Assets Advisory Services Ltd & Anor v Grandlane Developments Ltd & Ors [2019] EWCA Civ 1764.

The principal issue on this appeal is whether there is jurisdiction to order an interim payment on account of costs pursuant to CPR r 44.2(8) where a Part 36 offer has been accepted within the relevant period. In those circumstances, CPR r 36.13(1) provides that the claimant is entitled to the costs of the proceedings (including recoverable pre-action costs) up to the date on which the notice of acceptance is served. Costs are to be assessed on the standard basis if not agreed: CPR r 36.13(3). A costs order to that effect is deemed to have been made: CPR r 44.9.

The Court at first instance refused to order an interim payment under Part 36.

In dismissing the application for an interim payment, Mr Justice Teare, concluded that he was bound by the decision of the High Court in Finnegan v Spiers [2018] 6 Costs LO 729; [2018] EWHC 3064 (Ch). In so doing he decided there was no power to make an order for a payment on account in the above circumstances.

The ‘house of cards,’ on which the decision was founded, had its essential underpinning reliance on Part 36 being a self-contained code, as expressed in Finnegan:

The reasons expressed in Finnegan were the ‘cards’ on which the whole ‘house’ was constructed. How strong or shaky a foundation the above reasoning was, made it key to the appeal in the Global Assets case.

Analysing the structure and logic in the Finnegan case, turned into an exercise in deconstruction of the various elements (cards) on which it was built. Argument after argument was considered to have no place in the overall structure, and as each ‘card’ was withdrawn, the coherence and strength became shakier.

As imposing a structure, it appeared to be, casting a shadow over later decisions, it was held to have been incorrectly decided.

The Court of Appeal determined that:

The eventual collapse was inevitable and the appeal in Global Assets was successful:

A valuable exercise, in immediate monetary terms, and one of considerable worth for the future. The Global Assets case is another significant decision, enabling an easier access to cash flow in the context of Part 36.

Guidance and advice on how to successfully construct your own carefully crafted arguments in terms of costs recovery, is available from Partners in Costs.

We also have substantial experience in deconstructing the ‘house of cards’ constructed by paying parties, to bring their arguments tumbling down.