Give me one good reason! 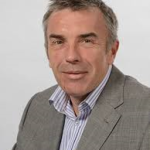 A currently troubling aspect of costs is the lack of judicial clarity concerning good reason to depart from an approved Budget where the Phase was incomplete. This is in the context of conflicting decisions regarding Salmon v Barts Health NHS Trust [2019] and Chapman v Norfolk and Norwich University Hospitals NHS Foundation Trust [2020].

The Judgment in Chapman v Norfolk and Norwich University Hospitals NHS Foundation Trust concerns a discreet issue that arose during the between the parties Detailed Assessment of the costs of the Claimant following her successful claim for damages for clinical negligence against the Defendant. It relates to the meaning of “good reason to depart” from a budget in a costs management order in CPR 3.18 (b).

There have been few cases reported where a Court has found a good reason to depart, perhaps unsurprisingly, given that each case, to a large extent, is going to depend upon its own facts. There are no binding decisions to my knowledge or that of the advocates before me but HHJ Dight, who is the Designated Circuit Judge for Central London, has provided his views in Salmon v Barts Health NHS Trust [2019]

36 In my judgment, having regard to what was said by Lord Justice Davis in the Harrison judgment, the fact that the sum claimed is lower than the budgeted figure, because of the indemnity principle, is itself capable of being a good reason. Awarding the lower figure would be, in my judgment, a departure from the budget, which requires a good reason to be established: in this case, once that had been done it was open to the paying party to challenge the figure which was then being claimed by the receiving party, and they did not have to assert a further good reason to enable the court to do so.

The CPR and Practice Directions do not provide any detailed guidance but the Court of Appeal in Harrison v University Hospitals Coventry & Warwickshire NHS Trust [2017] EWCA Civ 792 per Davis LJ have made it clear that a good reason to depart from the budget is a high hurdle to overcome. His judgment provides the starting point in terms of general approach;

44 Where there is a proposed departure from budget – be it upwards or downwards – the court on a detailed assessment is empowered to sanction such a departure if it is satisfied that there is good reason for doing so. That of course is a significant fetter on the court having an unrestricted discretion: it is deliberately designed to be so. Costs judges should therefore be expected not to adopt a lax or over-indulgent approach to the need to find “good reason”: if only because to do so would tend to subvert one of the principal purposes of costs budgeting and thence the overriding objective. Moreover, while the context and the wording of CPR 3.18 (b) is different from that of CPR 3.9 relating to relief from sanctions, the robustness and relative rigour of approach to be expected in that context (see Denton v TH White Limited [2014] EWCA Civ 906, [2014] 1 WLR 3926) can properly find at least some degree of reflection in the present context. Nevertheless, all that said, the existence of the “good reason” provision gives a valuable and important safeguard in order to prevent a real risk of injustice; and, as I see it, it goes a considerable way to meeting Mr Hutton’s doom-laden predictions of detailed assessments becoming mere rubber stamps of CMOs and of injustice for paying parties if the approach is to be that adopted in this present case. As to what will constitute “good reason” in any given case I think it much better not to seek to proffer any further, necessarily generalised, guidance or examples. The matter can safely be left to the individual appraisal and evaluation of costs judges by reference to the circumstances of each individual case

(4) The one example that Davis LJ was prepared to give for a good reason to depart was the application of the indemnity principle. That is perhaps of limited assistance beyond reaffirming that the budgeted phase is not the amount a party would automatically recover for a phase. The work still has to be done and the client still has to be primarily liable to pay for it. The budgeted figure is not a rubber stamp of automatic entitlement

(5) It may sound obvious, but before beginning to consider whether or not there is a good reason to depart from the budget, it is important to understand, so far as is possible, where you started from […]

(7) Once set, it is open to the party whose budget it is to spend that phase how he or she wishes. The Costs Management Judge does not need to give a breakdown of disbursements, profit costs or counsels fees but simply to arrive at a figure for that phase which falls within the range of reasonable and proportionate costs.

(10) Applying the strict guidance of Davis LJ in Harrison, the Court is not expected to carry out a micro-assessment of how much work has been done in each particular phase. The solicitor for the receiving party has signed a certificate on the bill to confirm compliance with the indemnity principle.

(11) Very clear evidence of obvious overspending in a particular phase would be required before the Court could even begin to entertain arguments that there was a good reason to depart from the budgeted phase figure if the amount spent comes within the budget. If it were otherwise, one of the principal purposes of costs budgeting would be lost, namely the certainty of the parties of the amounts that they are likely to be able to recover or pay respectively. Quite simply, the Court would be required to carry out a Detailed Assessment of all the costs in any phase that was not completed which cannot possibly have been the intention of the rule makers. It follows that a complaint that the budget was set too generously or on too miserly a basis cannot, of itself, amount to a good reason to depart.

(15) It is not the role of the Costs Judge at Detailed Assessment to carry out a calculation of what, in his view, is the level of the proportion of a budgeted phase that a prudent receiving party would have incurred where that phase has not been completed […]

(16) In so far as HHJ Dight at paragraph 36 of his judgment in Salmon has concluded that if a party has not spent the totality of the budgeted figure for a phase that amounts to a good reason per se and the door is therefore open for the paying party to make further submissions on an appropriate figure for the phase, I respectfully disagree. If that approach was correct virtually every case would go to Detailed Assessment and there would be a perverse incentive to a prospective receiving party to overspend and marginally exceed every phase in order to avoid a Detailed Assessment.

(17) On the specific facts of the present case, as I have said, having read the totality of the receiving party’s solicitor’s file of papers, I found no evidence of deliberate overspending in either the Experts or ADR phases or costs building to “use up the allowance in the budget” that could even begin to found the basis of a good reason to depart from the budget. Had there been that might have been sufficient to overcome the high hurdle set by Davis LJ in Harrison.

The present position is therefore uncertain where a case concludes and work in a Phase is incomplete, and the claimed costs are less than the approved amount.

On the one hand HHJ Dight holds that the fact that the sum claimed is lower than the budgeted figure, because of the indemnity principle, is itself capable of being a good reason and therefore open to further challenge by the paying party.

(22) (g) Once a good reason has been established, and the court is given the right to depart from the budget, it will assess the costs of that phase in the usual way, and, in that respect, it is left to the good sense and expertise of the costs judge to undertake that assessment in an appropriate and insofar as possible practical way, whether line-by-line or in a more broad-brush way The manner of undertaking that task is entirely a matter for the judge dealing with the assessment […]

On the other hand, DJ Lumb holds that very clear evidence of obvious overspending in a particular phase would be required before the Court could even begin to entertain arguments that there was a good reason to depart from the budgeted phase figure if the amount spent comes within the budget.

Both Judgements are informed from Harrison, whereas Salmon also relied upon Yirenki v Ministry of Defence, [2018] 5 Costs LR 1177

In my opinion, I think both Judgments provide the basis for a settled approach in the future.

If a Phase is incomplete, then that of itself must surely be the litmus for the Court to consider whether there is good reason to depart, whereas the manner in which those costs are considered by the Court must ultimately always be in the discretion of the DJ at assessment in a manner envisaged by the COA re Harrison at paragraph 44. In Chapman, DJ Lumb considered the solicitors file of papers, concluded that there was nothing to suggest substantial overspending and that therefore there was no good reason to depart from the approved Budget. In other words he tested the costs as a basis for determining good reason.

(12) It is clear from that paragraph that the ultimate goal of the cost budgeting exercise is for there to be a figure which is given for the costs for each phase of the proceedings. The constituent elements are part of the road to reaching that goal, but they are not an end in themselves, and those constituent elements are not the subject of approval. That that is the correct approach is put beyond doubt by paragraph 7.10 of the Practice Direction which reads as follows:

“The making of a costs management order under rule 3.15 concerns the totals allowed for each phase of the budget. It is not the role of the court in the cost management hearing to fix or approve the hourly rates claimed in the budget. The underlying detail in the budget for each phase used by the party to calculate the totals claimed is provided for reference purposes only to assist the court in fixing a budget.”