Electronic Coding is coming to N260s 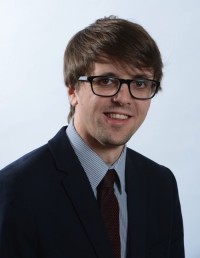 It was only a matter of time. Never has a phrase been so apt. The Civil Procedure Rules Committee have finally confirmed what we already knew.

From 1 April 2019, a 2 year voluntary pilot scheme will commence which will see the introduction of electronic time recording to any cases where costs are to be summarily assessed (regardless of when they are commenced). Given the track record of the voluntary pilot scheme for the electronic Bill of Costs it seems most likely that the new format will be ignored before becoming mandatorily enforced sometime in 2021. The new N260s can be viewed via the Judiciary website here:

Ever since the idea of electronic time recording was first mooted it was strongly implied that changes would be coming to ensure that the N260 was more consistent with its siblings (the electronic Bill of Costs and Precedent H).

For both N260s the document schedule will now require the time entries to be dated. This gives the N260 something of a closer relationship to a Bill of Costs.

It is important to be aware of the distinct documents because if you were to utilise the wrong one then the Court could refuse to deal with it. At best this means re-drawing your N260 but if the Court is not feeling particularly forgiving then a worse penalty could follow. It is unlikely to go down well if you reach the day of Trial and present the wrong N260 form.

The shift, whilst not unexpected, still raises questions. Why is an enhanced level of detail required for summary assessment? And, perhaps more importantly, why do the rules state that a Precedent Q should be filed with the N260 where it is a budgeted case?

In terms of the former the only real answers appear to lie in the judiciary’s determination to make the whole process more efficient. Presumably, the N260 we all know is cumbersome, outdated and does not make use of existing technologies (the reasonings behind the new electronic Bill).

The reality of the judiciary’s view is that they anticipate a world where practitioners will be able to export their time-recording spreadsheets into the new N260 format. This does not take into account the availability of such technologies, the costs of such technologies and the issues of human error. With so many different permutations (and when costs specialists can’t even agree on where all time should fall) it’s not difficult to envisage the introduction of the electronic N260 becoming a cumbersome and more expensive exercise.

As to the Precedent Q point, it’s hard to envisage a scenario where a party will require this. If a case has a Costs Budget then the matter will be multi-track and consequently there would be no requirement for an N260. This scheme does not change that. It seems like a largely redundant provision but does at least demonstrate how the new N260 will work practically with the Precedent H.

The changes are likely to be met with a lack of enthusiasm by practitioners as the electronic N260 adds an extra layer of complexity. For the moment there can be a sigh of relief that a compulsory scheme is not likely until at least April 2021. That said when there was no engagement with the Electronic Bill of Costs the Judiciary’s response was to simply end the pilot scheme and enforce it. To this effect taking the plunge now and getting involved in the pilot scheme has its attractions. Taking the scheme up now allows firms to join in the process of streamlining legal costs and to future proof. It also provides an opportunity to give feedback to the judiciary before the mandatory scheme comes into force. We know the changes are coming so it’s best to be prepared. To end as we started, it’s only a matter of time.