Do you really win when you win? 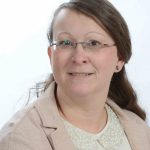 DO YOU REALLY WIN, WHEN YOU WIN ?

A claim for damages arising out of the death of Mrs Lowin’s mother who died from malignant mesothelioma. The claim settled on 20th October 2014 by acceptance of a Part 36 offer of £70,200. Negotiations on costs followed with Ms Lowin putting forward a Part 36 offer of £32,000 on 3rd March 2015. District Judge Cohen ordered the Appellant to pay Ms Lowin’s costs to be decided at a provisional assessment.

Costs of assessment were to be summarily assessed on an indemnity basis with interest at 10%. A Statement of Costs was produced at £6,901.20 however, it was ordered costs should be capped pursuant to CPR rule 47.15(5). Costs were assessed on the indemnity basis in the sum of £2,805.

The Master made this decision on the basis that whilst an assessment of costs can properly be undertaken pursuant to CPR 36.17(4)(b)/(c), this does not dislodge the effect of CPR 47.15(5) which has the effect of capping the ‘maximum amount the court will award’ of £1,500 plus VAT plus court fees (in this case £1,005).

So, is there a cap on the amount of costs allowed on provisional assessment if the receiving party is awarded costs on the indemnity basis?

Ms Lowin sought permission to appeal this decision however this was refused as the decision in Broadhurst v Tan [2016] 1 WLR 1928, in the Master’s view, has no application as there is a conceptual difference between ‘fixed costs’ and as here assessed costs subject to the cap in CPR 47.15(5).

A Notice of Appeal was filed and raised the issue of the relationship between CPR rule 47.15(5) and CPR rule 36.17(4). The question is whether a cap on the amount of costs which can be allowed in respect of the costs of a provisional assessment of costs under CPR rule 47.15(5) applies where the receiving party is awarded costs on the indemnity basis because she has beaten her own Part 36 offer OR whether CPR Part 36 entitles the successful receiving party to costs assessed on the indemnity basis without being subject to the cap.

The Judge (and costs assessor Master Leonard) considered the Broadhurst decision in greater detail as to the relationship between Part 36 and Part 47.

There was considered there to be a conflict in a sense between Part 47.15(5) and Part 36, in that Part 47 does potentially derogate from the entitlement to have costs assessed on an indemnity basis which is conferred by Part 36. For it to derogate in fact, the draftsman would have had to provided specifically in rule 47.20 that the provisions of Part 36 would apply to the costs of detailed assessment with modifications that included 47.15(5). Because this had not been provided in this case, it must follow that the provisions of Part 36 apply and they are not displaced by rule 47.15(5).

The court further stated that dislodging of the cap may increase the incentives on parties to accept sensible Part 36 costs offers as there is the potential for them to incur further costs if that rejection is proved wrong by a detailed assessment.

The matter was remitted Master Whalan for summary assessment of the costs of the detailed assessment on the basis that the cap did not apply.

This matter was then subject to appeal at the Court of Appeal, handing down Judgement on 19th December 2017.

Lady Justice Asplin allowed the Appeal with comments as follows:-

This case is certainly one to keep a look out for as it could be seen to discourage the quick and cheap resolution of costs claims. It would seem that paying parties, who are unlikely to recover their costs of provisional assessment given the need to rebut the presumption set out at CPR 47.20(1) are now almost without Part 36 risk on provisional assessment, meaning that they can run many more such cases all the way, driving up the costs incurred by receiving parties in the process.

The case of Hislop v Perde (County Court at Central London) should also be considered dealing with late acceptance of a Part 36 Offer and Fixed Costs.