Counsel’s fee for advice not limited to CPR 45.29I where a case exited the Pre Action Protocol for Low Value Personal Injury (Employers’ Liability and Public Liability) Claims

The Court of Appeal have upheld Master Brown’s judgment to allow Counsel’s Fee for advice in Conference above the amount detailed in CPR 45.29I, for a case which had exited the Pre Action Protocol for Low Value Personal Injury (Employers Liability and Public Liability) Claims in the case of Finsbury Food Group Plc v Scott Dover [2020] EWHC 2176 (QB)

The claim arose following the Claimant sustaining injury during the Course of his employment which he went on to be successful for, with an agreement for the Defendant to pay the Claimant’s fixed Costs pursuant to CPR 45.29E, Table 6C.

Due to the valuation being placed at less than £25,000.00, the Claimant proceeded in accordance with the Protocol, the CNF was uploaded to the online system on 23 July 2015.

A claim no longer continues under the Protocol in the circumstances listed in paragraph 6.13 of the Protocol. The circumstances include a non-admission of liability, or an admission coupled with an allegation of contributory negligence, or the Defendant failing to send the CNF response. If the Claimant notifies the Defendant that the claim has been revalued at more than the upper limit, the Protocol automatically ceases to apply: see [4.2]. Paragraph 5.11 makes clear that once the claim falls out of the Protocol, it cannot subsequently re-enter the process

In this case, the Defendant failed to provide a response within the requisite 30 days and therefore in accordance with paragraph 6.13, the case exited the portal on the 15 September 2015.

The Claimant’s case continued outside the Portal and Counsel provided advice in respect of the value of the claim in conference on 22 March 2017.

The claim ultimately settled for £70,000.00 on 19 December 2017, following which the Claimant submitted a Bill of Costs.

Whilst the profit costs were not disputed by the Defendant, the issue in respect of Counsel’s fee for providing advice in conference remained in dispute.

It was the Defendant’s case that that no such fee was payable under the relevant provisions in a claim which had exited the Protocol and when incurred after the claim had left the Protocol as those costs were subsumed within the fixed fees. Alternatively, it was submitted that, if Counsel’s advice was a recoverable item of cost, then the costs of such advice were limited to £150 plus VAT.

The Costs Officer rejected these arguments holding that the relevant provisions permitted recovery of Counsel’s fee for advising in conference as a disbursement. He however assessed the costs of Counsel’s fee down from £650 plus VAT to £500 plus VAT.

The Defendant appealed the decision and the case ultimately proceeded before Mrs Justice Lambert who had assistance from Master Gordon-Saker to provide a final decision as to whether the first judgement awarded would be upheld or not.

“ I accept Mr Mallalieu’s submission that viewed linguistically the meaning is clear and unambiguous: the phrase in subsection 2(c): “as provided for in the relevant Protocol” is not referring to the cost as provided for in the relevant protocol, but is referring to the type of disbursement there provided. The reason for this is simple: subsection 2(c) must be read in conjunction with subsections (1)(a) and (b). Those earlier paragraphs permit the court to allow a claim for a disbursement “of the type mentioned in paragraphs 2 or 3” but prohibit a claim for a disbursement of a type which is not there mentioned. The function of subparagraph 2 is therefore, as set out in its opening sentence, to list those types of disbursement “referred to in paragraph 1” in respect of which the court will allow a claim and, if not mentioned, the type of disbursement in respect of which there can be no claim. This meaning is plain from a straightforward and natural construction of the paragraph as a whole.”

“Mr Mallalieu makes the point that Part 45 expressly fixes the cost of the disbursement when Counsel’s advice is obtained in a claim which remains within the Protocol and settles at Stage 3. Section III of rule 45 includes 45.23B which fixes the cost at an amount equivalent to Stage 3, Type C fixed costs, that is, £150 plus VAT. No such similar provision exists in Section IIIA for claims outside the Protocol. Likewise, CPR 45.29I(2A), which relates to whiplash claims, started under a different protocol (the road traffic accident protocol) fixes the costs of various medical reports. Mr Mallalieu’s short but important point here (which I accept) is that, had the drafter intended to fix the costs of legal advice for a claim outside the Protocol, then the drafter could easily have included a similar provision.”

In respect of the Defendant’s stance Mrs Justice Lambert confirmed;

“I accept all that Mr Roy says concerning the impetus for the fixed costs regime and the underlying rationale of certainty and proportionality. However, claims which have fallen out of the Protocol are a mixed bag. Some small straightforward claims may fall out of the Protocol as a result of the failure by the defendant to respond to the CNF. But there are other reasons for a claim falling out of the Protocol including notification by the claimant that the claim has been revalued at more than the upper limit; where liability remains in dispute and where contributory negligence is alleged. As Stewart J recognised in Ferri v Gill [2019] Costs LR 367, these factors are likely to be associated with a much greater level of complexity, so making quantification of the claim all the more difficult. I see nothing absurd in the costs of such an advice on valuation not being fixed in those circumstances. Indeed, it might be said that the converse is true. It would be odd if the same fixed fee were to be recovered for valuing a straightforward claim worth £15,000 as for a claim which, as it turns out, includes a high claim for loss of earnings or handicap on the labour market the quantification of which may involve considerable skill and expertise. Further, the costs allowed will not be unchecked. Just as in this case, they are subject to assessment and may be reduced on assessment.”

The Defendant’s appeal was dismissed.

Contact PIC for assistance on this or any other costs related issue. 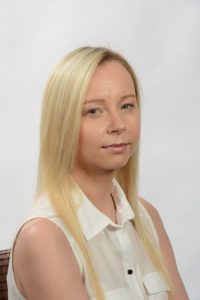