Can we Capture your Interest?

Interest to be allowed on costs

Under s.17 of the Judgments Act 1838, the entitlement to interest on costs is automatic. Therefore, interest is payable on costs at 8% per annum from the date of Judgment (Hunt v RM Douglas (Roofing) Ltd [1990] 1 AC 398) without an order to that effect unless the court makes a different order under either CPR 40.8, which provides that:

(1) Where interest is payable on a judgment pursuant to section 17 of the Judgments Act 1838 or section 74 of the County Courts Act 1984, the interest shall begin to run from the date that judgment is given unless –

(a) a rule in another Part or a practice direction makes different provision; or

(b) the court orders otherwise.

(2) The court may order that interest shall begin to run from a date before the date that judgment is given.

Or CPR 44.2(6)(g) so that interest on costs runs from or until a certain date, including a date before judgment.

Many of you will recall the case of Deutsche Bank v Sebastian Holdings, notable as the Claimant obtained an order under s 51 of the Senior Courts Act 1981 joining the sole director and shareholder, Alex Vik, to proceedings and ordering him to pay the costs owed by the Defendant to the Claimant, when the Defendant failed to pay. This decision was appealed and upheld by the Court of Appeal with the Supreme Court subsequently refusing permission to appeal. Fast forward a number of years when Deutsche Bank v Sebastian Holdings and Alexander Vik [2020] EWHC B16 (Costs) (05 March 2020) came before the High Court, Senior Courts Costs Office to deal with 3 preliminary issues arising on the detailed assessment of the Claimant’s bill of costs; one of which was “interest”, specifically, the rate and period of interest that should be allowed on the Claimant’s costs. Given the substantive proceedings involved a claim by Deutsche Bank for nearly US$250 million owed by Sebastian Holdings as the result of closing various trading decisions, a US$8 billion counterclaim and a 44-day trial, the costs were never going to be insubstantial! The costs claimed by the Claimant against the Defendant and Mr Vik were in excess of £53 million.

In relation to the rate and period of interest, the Claimant maintained its claim to interest on the assessed costs at the Judgments Act rate of 8% from the date of the substantive judgment on 8 November 2013 excluding the period from 30 April 2015 to 19 July 2016 when the parties had agreed that interest should not run pending the appeal from the first non-party costs order. The Claimant argued that the question of interest had already been decided, the argument deriving from the wording of the Order dated 8 November 2013 and what was said to Cooke J. before and at the hearing.

Mr Vik, however, contended that Judgment Act interest should be disallowed in its entirety because the bill did not contain sufficient particulars to enable him to decide whether or not to make a further offer or payment. Alternatively, he argued that it should run only from after service of the bill in January 2019. He further contended that compensatory interest (interest at a lower commercial rate) should only be awarded until the 1st January 2015 when the Claimant could have commenced detailed assessment proceedings and should not restart until service of the bill at the earliest.

Mr Vik argued that agreement of the figure in the subsequent Order dated 2nd July 2014 reflected that the Defendant was in default of a court order and therefore it was appropriate for him to pay the Judgments Act rate rather than a commercial rate. However apart from this calculation of interest there was no order that precluded the court from disallowing Judgment Act interest and allowing either no interest or interest at a commercial rate. That argument was rejected on the basis of the wording of the second non-party costs order dated 10 October 2016 (there is a lengthy chronology to this case!) providing that Mr Vik was to pay costs awarded against the First Defendant…pursuant to paragraphs 3 and 4 of the Order of Cooke J dated 8 November 2013 plus interest accrued thereon thereby creating a liability to pay interest which had already accrued before the date of the order even though his liability for the costs was created only by that order. As the court had already made that order it was not now open to the Court to make a different order under CPR 40.8 or CPR 44.2 (6)(g).

The Court did not accept the Claimant’s argument that the Order of 8 November 2013 (although not reflecting the exchange between Counsel and the Court) should be construed as including an express order for Judgments Act interest from the date of that order to preclude the Court from making a different order. However, given the order was silent as to Judgments Act interest and there was nothing discernible in the transcript of the hearing or judgment as to what the court considered what interest should be allowed or from when save as that recorded in the Order, the default position would be that in the absence of a different order the Claimant was entitled to Judgments Act interest from the date of the order (in addition to the pre-judgment interest expressly provided for).

There is further rule which I now turn to, where the court may disallow interest, and that is under CPR47.8(3) in relation to the late commencement of detailed assessment proceedings. This was relevant in the current case as there had been a considerable delay in pursuing the detailed assessment proceedings. That said, much of that delay was the subject of agreement between the parties and was considered sensible in view of numerous appeals by the Defendant and Mr Vik as any outcome would have affected the assessment or rendered it pointless.

Of importance to note was that the Court considered that it would be unjust to deprive the Claimant of interest over the period of delay caused by the appeals (save in so far as it had been agreed). In addition, the fact that the rate of interest, payable and significantly higher than the commercial rate, was not relevant to the exercise of the Court’s power under CPR 47.8(3). The rate was prescribed by Parliament and Mr Vik and the Defendant chose to appeal knowing that it would delay payment of the Claimant’s costs. However, once the agreed extensions of time to commencing detailed assessment expired on 19 July 2016, the Claimant should have proceeded. In his judgment, Master Gordon-Saker, considered that the Claimant should forego interest on its costs over the period of delay from the 20 July 2016 to the 27 July 2017. He considered it was reasonable to seek directions from the court given the size of the bill, including an extension of time for drafting the bill. Following this date, there had been no delay other than that sanctioned by the Court. Therefore as the parties had agreed to forego interest for the period from 30 April 2015 to 20 July 2016 the effect of the agreement and the order made was that the Claimant was not entitled to interest on its costs from 30 April 2015 to 27 of July 2017.

This case is an interesting example of the application of the principles in relation to interest and provides useful lessons as to how you can protect your own entitlement to it. It also outlines the importance of ensuring the accuracy of any order, as for anyone reading the judgment will see that the wording of the orders made in the case were a recurring feature.

Please contact us for further details as to how PIC can assist with any costs issues. 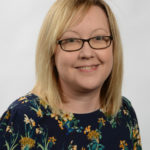