Can costs liabilities be set off pursuant to CPR 44.12 when a case falls within the scope of the QOCS regime?

Can costs liabilities be set off pursuant to CPR 44.12 when a case falls within the scope of the QOCS regime?

This question, which is relevant to many Claimants pursuing a claim

was considered by the Court of Appeal in the case of Siu Lai Ho v Seyi Adelekun [2020] EWCA Civ 517.

A power to authorise costs liabilities to be set off is to be found in CPR 44.12 which reads:

“(1) Where a party entitled to costs is also liable to pay costs, the Court may assess the costs which that party is liable to pay and either –

(a)  set off the amount assessed against the amount the party is entitled to be paid and direct that party to pay any balance; or

(b)  delay the issue of a certificate for the costs to which the party is entitled until the party has paid the amount which that party is liable to pay.”

The question for the Court of Appeal was whether CPR 44.12 applied to a case which fell within the scope of the qualified one-way costs shifting regime which is set out in CPR 44.13 to CPR 44.17.

Background of the claim

The Respondent notified the Appellant of a claim arising from a road traffic accident in accordance with the Pre-Action Protocol for Low Value Personal Injury Claims in Road Traffic Accidents on 15th January 2014.

The Appellant submitted that she should be able to set off her entitlement to costs of the hearing on 19th November 2019 from the Respondent against her liability for the Respondent’s costs of the claim. The Respondent, on the other hand, contended that the Court had no jurisdiction to sanction such set-off as the case fell within the scope of the qualified one-way costs shifting regime.

The main thrust of the Respondent’s submissions on jurisdiction was to the effect that Section II of CPR Part 44 represents a self-contained code providing a Claimant with protection from having to bear a Defendant’s costs other than in the particular circumstances specified in Section II. A Defendant may recover costs from the Claimant where proceedings have been struck out on the grounds set out in CPR 44.15 or, with the permission of the Court, where the claim is found to be fundamentally dishonest or CPR 44.16(2) applies. Those exceptions apart, a Defendant can enforce a costs order only up to the “aggregate amount in money terms of any orders for damages and interest made in favour of the Claimant” in accordance with CPR 44.14. Costs liabilities cannot be set off against each other.

The Respondent submitted that set-off of costs would undermine the QOCS regime and so impair access to justice.

Court’s assessment of the Respondent’s Submissions

The Court found that there was some force in the arguments advanced by the Respondent. Lord Justice Newey stated at paragraph 15 that –

“I find it hard to see how costs set-off can be justified on the basis that CPR 44.14 deals with set-off without the permission of the Court while CPR 44.12 authorises set-off with such permission. As I see it, CPR 44.14 is designed to bar any enforcement of costs orders against Claimants in excess of damages and interest unless CPR 44.15 or CPR 44.16 applies, not merely to bar enforcement without permission of the Court. Were the position otherwise, the protection afforded to Claimants by QOCS would be severely curtailed. There would be no evident restriction on the circumstances in which costs orders against Claimants could be enforced against them with the Court’s permission.”

Lord Justice Newey stated that had there been no authority on the issue, he would have be inclined to accept the Respondent’s submissions that, where QOCS applied, the Court had no jurisdiction to order costs liabilities to be set off against each other on the basis that Section II of CPR Part 44 represented a self-contained code and a Defendant could only recover costs he had been awarded by set-off against damages and interest under CPR 44.14 or where appropriate, by invoking CPR 44.15 or CPR 44.16.

Obligation to follow previous decision of the Court of Appeal

Previously, in Howe v Motor Insurers’ Bureau (7th July 2017, unreported), the Court of Appeal had taken the view that it could and should provide for costs awarded to the Claimant to be set off against costs orders in favour of the Defendant. Lewson LJ rejected the submission that CPR 44.14 precluded set-off of costs.

Did the Court of Appeal have to follow this decision?

In this connection, we refer you to the decision of the Court of Appeal in Young v Bristol Aeroplane Co Ltd [1944] 1 KB 718. In that case, Lord Greene MR, giving the Judgment of the Court, concluded that the Court was bound to follow previous decisions of its own subject only to these exceptions:

The literal translation of incuriam is “through lack of care” which, in the current context would mean that a Judge had failed to pay attention to relevant statutory provision or precedents.

The Respondent sought to persuade the Court that Howe v Motor Insurers’ Bureau was decided per incuriam because the Court had overlooked an applicable principle and had failed to recognise that the QOCS rules amount to a self-contained code which should be construed according to its purpose.

The Court agreed with the Appellant that there was no reason to suppose that the Court decided Howe in ignorance of any relevant statute, CPR provision and previous decision of its own and thus concluded that they were bound by Howe. The Court thus found that there was jurisdiction to order the set-off of the parties’ respective costs entitlements and in this claim considered that it was appropriate to allow the Appellant to set off the costs due to her following the hearing of 19th November 2019 against her liability to the Respondent for the costs of the claim generally.

Lord Justice Newey and Lord Justice Males did express the hope that the question of whether costs set-off should be possible in a QOCS case would be considered by the Civil Procedure Rules Committee particularly as “there are powerful arguments on each side of the issue as to what the law should be”.

Until that time, Claimants should be aware that the protection afforded to Claimants by QOCS and CPR 44.14 has been severely curtailed and it would appear that at present there is no evident restriction on the circumstances in which costs order against Claimants can be enforced against them with the Court’s permission.

It would appear that Claimants are left in an unsatisfactory position following this case particularly as Lord Justice Males concluded there was “a powerful case … for calling into question the decision in Howe v Motor Insurers Bureau (No. 2), albeit that it is binding upon this Court”. 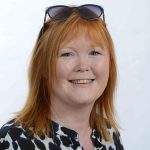