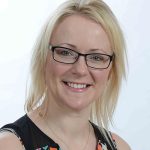 On Appeal the Court considered the issue of what rules apply when a Court is considering whether the Claimant is entitled to fixed costs only.

The claim related to an accident at work, which occurred on 22 March 2014. The claim was submitted under the Employers’ Liability Protocol, and later fell out of the Protocol because the Defendant did not admit liability. The parties ultimately agreed damages in the sum of £29,000 on 4 January 2017, and Part 8 Proceedings were later issued on 4 April 2017 relating to assessment of costs only.

In the first instance, the District Judge decided that as the agreed settlement figure exceeded £25,000, the costs should be subject to a general detailed assessment and not restricted to fixed costs.

During the assessment issues arose in relation to the Civil Procedure (Amendment) Rules 2017 which came into force on 6 April 2017, consequent on Qader, which amended Rule 45.29D to clarify that fixed costs apply “for as long as the case is not allocated to the multi track”. Under the new rules, the Claimant was therefore only entitled to fixed costs.

The Court allowed the Appeal. The new rules were intended to be a clarification and the purpose of the revisions to the rules was not to impose unfairness upon Claimants but to make it clear to all concerned what the consequences were likely to be if a claim was started under the Protocol but ultimately settled for more than £25,000. Accordingly, there was no unfairness to the Claimant in adopting the new rules. The District Judge had been wrong in applying the old rules.

This is a County Court decision and therefore not binding. However, the case provides interesting guidance on the approach Courts will take in dealing with cases submitted under Employer Liability Protocol, which settle for more than £25,000.

CPR 45.29J does provide scope to claim an amount of costs exceeding fixed recoverable costs where there are exceptional circumstances. However, if the Court assesses costs as being an amount less than 20% greater than the amount of the fixed recoverable costs, there is a risk that the Court may order the Claimant to pay the Defendant’s costs of the costs-only proceedings or Detailed Assessment. Care should therefore be taken in deciding whether to claim in excess of fixed costs in cases which commence under the Protocol and settle before allocation to the Multi Track.

We are always happy to advise on any costs related issue.