An SCCO Costs Officer “has jurisdiction to conduct provisional assessments” 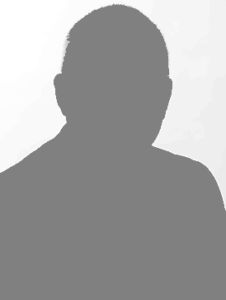 The Claimant was ordered to pay the Defendant’s costs. Costs were provisionally assessed by the Principal Costs Officer, Ms Kenny at the SCCO. The Claimant requested an oral hearing to deal with two issues; the hourly rates and document time.

At the start of the hearing the Claimant conceded Ms Kenny’s provisional finding on document time. Ms Kenny went on to make findings on hourly rates only.

The Claimant subsequently filed a notice of appeal. That notice sought a “de novo detailed assessment” before a costs judge.  The ruling by Master Leonard concerned the preliminary issue of whether Ms Kenny had jurisdiction to conduct a provisional assessment at all, and whether the appeal was limited to the issues actually considered by Ms Kenny at the hearing.

The Claimant pointed to paragraph 43.206 of Friston on Costs, which suggests that CPR 47.3 has been accidentally omitted from paragraph 14.2 of practice direction 47, but as a result authorised court officers could not conduct provisional assessments.

Master Leonard said “one does not disagree lightly” with Dr Friston, but “respectfully” did on this occasion, finding that CPR 47.3 was not accidentally omitted and that such omission had no significance. After a detailed examination of the interplay of the rules, he said: “In short, it seems to me that the Claimant’s construction of CPR 47.15 and practice direction 47 paragraph 14.2 is both insupportable and contrary to the overriding objective. The procedural and jurisdictional difficulties referred to by the Claimant, in my view, do not arise.

“It may well seem inconsistent that authorised court officers have jurisdiction under CPR 47.14 but not CPR 47.8, but that does not seem to me to have much bearing on the matter in hand […]

As for CPR 47.3(2), if a party objects to a particular assessment being heard by a court officer, then they can (and should, if delay is to be avoided) apply for an order to that effect at the outset, without waiting for the case to be assigned. That aside, any experienced costs draftsman or Costs Lawyer (who tend to deal with most bills submitted to the SCCO) will know perfectly well whether an authorised court officer is likely to deal with the assessment, and if they are not sure they can ask.

“The suggestion that the undertaking of provisional assessments by authorised court officers in any way erodes the parties’ right to choose seems to me to be fanciful.”

Master Leonard said it was “obvious” that the rule committee could not have intended that CPR 47 and the accompanying practice direction should both confer upon authorised court officers’ jurisdiction to assess bills of up to £35,000 (or, in certain cases, up to £110,000) and also exclude them from assessing the great majority of those bills by virtue of the fact that they would be provisionally assessed.

As to the scope of the appeal, Master Leonard said there was no right of appeal from a provisional assessment:

“If a party wishes to challenge the provisional assessment, that party must request an oral hearing. To interpret the Civil Procedure Rules in any other way would be to allow a party to bypass the oral hearing procedure and go straight to appeal, presumably seeking any necessary permission from the appeal court. That would undermine the aim of the provisional assessment process.”

He found that the Claimant could not raise appeal issues he did not put to the authorised court officer “because (a) by excluding those issues from his request for an oral hearing, he terminated his right to raise them, and (b) insofar as he did not, he chose not to raise them”.

The Claimant, the master said, had a choice at every step of what to contest and what not to contest. “The process of appeal should not represent an opportunity for a party to demand a rehearing of decisions which that party has previously accepted.”

In a footnote, Master Leonard said one of the issues raised in the grounds of appeal was that Ms Kenny as a ‘costs officer’ did not have the right to summarily assess the costs of the hearing before her.

“I do not know whether that point was put to Ms Kenny, but in case it is to be pursued before me I shall not pre-judge it. I would only make these observations, strictly subject to any further submissions.

“The Claimant relies in this respect upon the provisions of paragraph 9.7 of practice direction 44, which provides that ‘the court awarding costs cannot make an order for a summary assessment of costs by a costs officer’.

“This seems to me first to confuse the term ‘costs officer’, which as I have mentioned, is defined at CPR 44.1 to include a district judge and a costs judge, with the term ‘authorised court officer’, and second to overlook the fact that Ms Kenny did not – as far as I can see – make an order for summary assessment. She just assessed costs summarily, in the usual way, under CPR 47.20(5).

“I would suggest that the real point of paragraph 9.7 of practice direction 44 is only to prevent an order being made by the judge who has heard a case, delegating the summary assessment of costs to a ‘costs officer’, as defined in CPR 44.1. It cannot be intended to prevent a district judge, costs judge or authorised court officer from undertaking a summary assessment under CPR 47.20(5).”

In summary and points to note

The court held that parties wishing to challenge a provisional assessment by an authorised costs officer must first request an oral hearing under CPR 47.15(7), setting out the items they wish to challenge. Parties may subsequently appeal under CPR 47.23, by way of re-hearing, the decision made at the oral hearing in relation to those items. However, the court confirmed that the appeal process is not an opportunity for a party to demand a re-hearing of decisions which they previously accepted and did not challenge at the oral hearing.

If you require any assistance, PIC are always happy to help.