An Exercise in Moderation

There is a school of thought that a Costs Budget should represent a worst-case scenario and include the proverbial kitchen sink.

The recent Budgeting decision in Maurice Hutson & Ors v Tata Steel [2020] EWHC 771 (QB), suggests this may not be your best option.

The case of Hutson & Ors v Tata Steel is a long running Group Litigation Claim, brought by former steel workers for exposure to dust and fumes during their employment, as a result of which they went on to develop an industrial disease.

Two points were considered in relation to the budget revisions.

In respect of the proposed Budget for phase 2 of the litigation the arguments related to the reasonableness of the sums sought by the Claimant.

Whilst not a binding decision the Court followed decision of Chief Master Marsh in Sharp v Blank [2017] EWJC 3390(ch) that the Court did have the power to revise a Costs Budget retrospectively.

In this particular instance the significant development put forward by the Claimant centered on the Defendant’s Limitation Application which was unsuccessful. The costs of the actual application had been dealt with separately and the Claimant’s Budget increase was sought on the basis that the litigation timetable had had to be extended due to the Defendant’s Application, delay had been caused and this had increased costs.

The Court was critical of the additional sums sought and concluded that any delay caused to the litigation did not amount to a ‘significant development’ and that the variation sought was pitched with such a broad brush as to preclude proportionate scrutiny.

The Court did offer a lifeline for the Claimant in that they could still seek ‘’good reason’’ to depart from the Budget at the assessment stage to cover any overspend on the approved Budget.

In respect of the sums sought in the Costs budget for phase two, these were considerable and the Court was critical of the sums claimed and questioned whether such sums could be justified or considered reasonable based on the work required, even for a Group Litigation Claim and some very considerable reductions were made to the sums sought. The future budgeted costs being reduced by over 50%.

Lessons to be learnt

Whilst the comments of Mr Justice Turner (assisted by Chief Master Gordon-Saker) are very case specific, they do provide a useful steer as to the Courts approach to Budgeting and the revision of Agreed/Approved Costs Budgets.

It can be tempting to throw the kitchen sink at a Costs Budget, after all who really knows exactly what further work will be required and how long the litigation will take. The exercise of budgeting is by its very nature an educated guess. That said the Courts are becoming increasingly disparaging of Costs Budgets that they see as been ‘overly optimistic’. It is therefore increasingly important that the sums claimed can be supported by reasoned calculations.

Know what assumptions your Budget is based on and keep track of your spend for each budget phase.

When seeking to revise a costs budget, there needs to be a significant development in the litigation; an issue that was not accounted for in the assumptions upon which the Costs Budget was based. If an overspend is merely due to the work required taking longer than expected, then this is not a basis on which to revise your Budget and is an issue that can be dealt with by seeking ‘’good reason to depart’’ from the Budget at the assessment stage.

If you can establish a significant development, deal with the issue as soon as it is identified, speak to the Defendant to see if the significant development and the additional costs can be agreed between the parties. If not a formal application to revise will be required. To assist the Court be prepared to provide reasons as to why you consider it a significant development and why it was not included in the original budget, provide details of the costs already incurred dealing with the issues and the further work you expect to incur dealing with the issue. Sensible and reasons arguments will improve your chance of having your Budget revised and not suffering the double blow of an adverse costs order on top of being told you can not recover the work you have already done.

Do not leave requests to revise your Costs Budget until after the work is done. Whilst the Court may be content for Budget revisions to be done retrospectively, it is far better to be ahead of the curve. A Court is likely to be more receptive to proactive and fully costed arguments put forward at an early stage.

The CPR allows costs up to 2% of the Agreed/Approved Budget figure to manage your Budget, use it and overspend and un-recoverable work can largely be avoided. 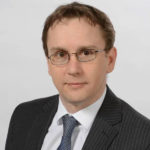