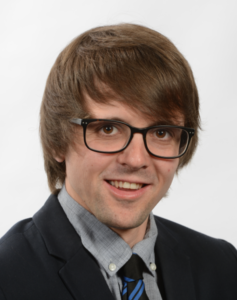 All this aggravation ain’t satisfaction in me”

Inter-Fee-Earner communications. Discussions with colleagues. Internal Correspondence. Be it a face to face discussion, telephone call or simply an e-mail, internal communications remain a source of dispute between receiving and paying parties.

The issue is even more present with the arrival of the electronic Bill of Costs. Those au fait with it will be aware that one of the activity codes is ‘communicate (internally within legal team)’. What this means practically speaking is that through the manipulation of Excel it is very easy to quickly identify the time spent on internal communications. It opens up easier challenging for paying parties (and can raise the odd eyebrow or two).

But if there’s a code for it then it must be recoverable, right?  Not necessarily.  The codes include tasks and activities for funding but such costs remain non-recoverable inter partes. We do, however, have some Court guidance on internal communications although we have to go back to 2016 to see what was said.

Elisabeth Laing J DBE, sitting with Master Leonard as assessor looked at this issue in the case of TUI UK Ltd v Tickell and Others [2016] EWHC 2741 (QB). This was an appeal of a Detailed Assessment undertaken by Master Howarth. It’s important to flag the context of the case which was a group action which settled shortly before Trial with the case mainly been dealt with by paralegals.

At the appeal, Master Howarth’s reasoning was upheld:

“I agree with the Master that, in principle, if, as here, much of the work on files was being done by paralegals under the supervision of legal executives, it was necessary, from time to time, to have discussions between fee earners, specifically supervising solicitors, including partners.” [30]

So, in principle, some level of internal communications ought to be recoverable. It’s highly likely that if the case was conducted by a more senior fee earner that questions would be asked as to the reasonableness and proportionality of any inter-fee earner communications.  It’s also worth restating that proportionality broadly may apply.  If a strategy discussion takes the same amount of time or even more time than the work subsequently undertaken then how can a saving be evidenced? If a saving can’t be evidenced then expect it to be found to be disproportionate and likely disallowed.

What can you do? Good file notes will help. Explain what was discussed and what outcomes were reached (specifically what actions were undertaken).  Always bear proportionality in mind (it is one of the over-riding objectives), ask yourself whether an internal communication is reasonable, particularly where one such instance may have taken place recently. If you have many in quick succession then expect this to be challenged at assessment.

The TUI UK Ltd case is not a magic bullet that gives us all the answers but it does present a pragmatic approach by the Court and crucially a recognition that some internal communication time may be necessary. None-the-less practitioners would remain wise to use internal communications strategically and efficiently. In the words of the King of Rock and Roll – A little less conversation, a little more action please.

Should you have any queries arising from this e-shot then please do not hesitate to get in touch with PIC Legal who would be happy to provide feedback and guidance.

Please click here with any queries relating to this article or if you would like to arrange a training session at your firm.