If you’re cold, put a coat on 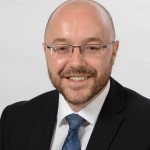 In British Gas Trading Ltd – v – Oak Cash & Carry Ltd [2014] EWHC 4058 (QB), the Court affirmed that whilst there may have been ‘adjustments to facilitate greater understanding’, the Court of Appeal decision in Denton  – v – TH White does not alter the statement of principle in Mitchell – v – Newsgroup. Odd that the principle is then expressed in Denton terms, but nevertheless the unsuccessful outcome of the application for relief from sanction is perhaps more what one might have expected in the heady days of Mitchell-mania.

In short, directions were made on the 5th November 2013, followed by an order on the 8th November that the two day trial would commence on the 30th April 2014. The defendant’s solicitors failed to file their listing questionnaire by the date required, the 3rd February2014. That date passed without compliance by the defendant, and an Unless Order was made requiring filing and service of the listing questionnaire by the 19th February. The defendant inadvertently filed a directions questionnaire, an error remedied two days later upon filing of a listing questionnaire by fax. The defence stood struck out pursuant to the Unless Order, the claimant sought and obtained judgement, and the defendant then, on the 21st March 2014, made an application for relief from sanction. Relief from sanction was granted, default judgement set aside (despite no application having been made), and the trial date vacated. The claimant appealed the decision to grant relief.

On appeal, applying the Denton tests, the court found that:

Post Denton, test 3, ‘all the circumstances’, was supposed to save the defendant, but what ultimately led to overturning the decision to grant relief is the loss of the trial date.

What actually led to the loss of the trial date in this instance? Was it the failure to comply with the original order and ultimately an Unless Order, even though a document acknowledged not to be ‘the most important’ was filed two days after the date required by the Unless Order? Must everything be taken to spring from this? Or can we perhaps say that the process of sanction and judgement played some part, and that there are circumstances in which these matters could have been remedied quickly and efficiently and the trial date kept, so removing what ultimately told against sanction? Perhaps one day, in a review of civil litigation still to come.