Rules are not there to punish the unwary 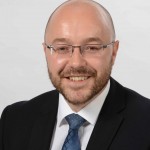 We seem to be mining a theme of late, of judgements sympathetic to ‘minor’ shortcomings in compliance with the CPR generally and specifically in relation to costs budgets.

In a judgement of the Honourable Mr Justice Stuart-Smith in Americhem Europe Limited – v – Rakem Limited [2014] EWHC 1881 (TCC), further succour is found for the long held belief that rules and the courts were there to enable justice to be done, and not simply to punish the unwary.

In short, the Defendant had filed a budget signed by a costs draftsman, albeit an in-house costs draftsman expected to be soon accorded associate status within the firm. The rules require that the budget be signed by a ‘senior legal representative of the party’ and argument turned upon whether the costs draftsman fulfilled that definition.

However, whilst signature by the draftsman was an ‘irregularity’, it did not render the budget a nullity, as the rules required the party to file and serve a budget, not to comply with every minutiae of the practice direction in relation to its form. Therefore, there was no actual breach and no need for relief from sanction, and the irregularity would not impede the parties in actually dealing with the budget. Had the question of relief arisen however, HHJ Stuart-Smith was clear that he would have granted it.

Whilst not criticising the third party for taking the point, HHJ Stuart-Smith did make comment to dissuade parties from taking such technical points by reference to Summit Navigation Ltd v Generali Romania Asigurare [2014] EWHC 398 (Comm) and the quotation from LJ Jackson’s implementation lectures that ‘it is not the aim of the reforms to turn rules and rule compliance into “trip wires”, nor into “the mistress rather than the handmaid of justice”, nor to render compliance “an end in itself”.

Whilst compliance with rules and practice directions is of course essential, we welcome judgments such as this which adopt a pragmatic and ‘real world’ approach to such issues.