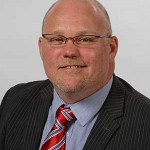 In an ideal world, costs of an action would ordinarily follow acceptance of a Part 36 Offer. The recent decision of Webb v Liverpool Womens’ NHS Foundation Trust [2015] EWHC 449 (QB) proves this not to be the case.

The claim stems from allegations made by the Claimant against the Defendant during the management of her birth on 25 October 1999. It was alleged the Claimant had suffered a Brachial Plexus Injury as a result of shoulder dystocia.

The Claimant’s allegations of negligence fell into two parts namely;

During the course of the litigation the Claimant made a Part 36 offer to settle liability on the basis that she received 65% of the damages that would accrue on a 100% basis. That offer was rejected by the Defendant on 9 October 2014. There were no other Part 36 offers, but on 10 October 2014 the Defendant repeated in writing an offer that it had made verbally at a settlement meeting on 1 October 2014 that it would settle on the basis that the claimant received 30% of the damages. Reserved Judgment was handed down by HHJ Saffman in favour of the Claimant on 28th January 2015 and; although HHJ Saffman found the Claimant had been successful on only the First Limb of her claim; 100% of the damages were awarded. The Claimant had therefore obtained a more advantageous Judgment than her own Part 36 Offer.

In light of the Judgment award the Claimant made submissions that the consequences of CPR 36.14(3) should apply and that that the Claimant should have all her costs on an Indemnity Basis from the expiry of the relevant period plus interest thereon at the enhanced “Part 36 rate” plus the enhancement of damages specified in CPR 36.14(3)(a) and (d).

The Defendant however; submitted the consequences of Part 36.14(3) should be disapplied because, by reference to CPR 36.14(4), it would be unjust to apply them. Furthermore; the Defendant argued that even if Part 36 was not disapplied, it did not prevent the Court from making an issues based or proportionate costs order to reflect the fact that the Claimant failed in respect of the Second Limb bearing in mind that the Second Limb was a discrete and independent allegation. In essence; the Defendant was seeking that the Claimant only have her costs with the Part 36 enhancements in respect of the work referable to the First Limb of the claim; with no awarded for costs of the unsuccessful prosecution of the Second Limb of her claim.

HHJ Saffman stated in his Judgment that: “In short I do not accept that the existence of a Part 36 offer in principle insulates the offeror from such an order.” and that: “Perhaps even more importantly, it would prevent the court from making an order that would not be unjust in circumstances where the rule specifically states that the rule can be disapplied if its application leads to injustice. I have already found that in the absence of a Part 36 offer I would have made a proportionate costs order. I do not accept that such an order ought not to be made simply because there has been a Part 36 offer.”

In summary; the Court can make an issues-based or proportionate costs order