WHEN THE ILL-QUALIFIED ACT UNLAWFULLY 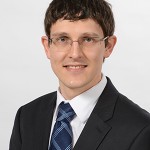 The Legal Aid Sentencing and Punishment of Offenders Act 2012 (“LASPO”) included a number of provisions in respect of the costs of civil litigation. Outside of the insurance industry, these provisions have been roundly condemned for having restricted access to justice without achieving anything more than replacing some of the investment income lost by insurers during the financial crisis – apart possibly from freeing up Court time to make it more convenient for Russian oligarchs to litigate in London.

Initially, diffuse mesothelioma claims were exempt from the more Dickensian elements of LASPO, although provision was made for the exemption to ultimately be removed once the Lord Chancellor had carried out a review of the likely effect of the relevant sections of LASPO in relation to such proceedings and published a report on the conclusions of the review.

Late last year, the Lord Chancellor decided to bring the relevant sections of LASPO into force in relation to mesothelioma claims, meaning that the cost of the success fee and ATE premium necessary for these relatively impecunious litigants to bring claims (legal aid being effectively extinct) must be taken from damages rather than paid for by the insurers of the negligent. The Asbestos Victims Support Groups Forum chose to challenge this decision, maintaining that it was unlawful as the requisite review had not taken place, a position not accepted by the government.

In an important victory for supporters of access to justice, The Honourable Mr Justice William Davis concluded in Whitson (Asbestos Victims Support Groups Forum UK), R (On the Application Of) –v- Secretary of State for Justice [2014] EWHC 3044 (Admin) that Mr Grayling had not conducted a proper review and his decision was consequently unlawful.

Mesothelioma is a horrendous disease, with pleural mesothelioma sufferers facing a median survival time of 16 to 17 months from the onset of symptoms. The prognosis for sufferers of peritoneal mesothelioma is even bleaker. There is no known cure and the disease is almost universally caused by exposure to asbestos in the workplace. Those bringing mesothelioma claims are either suffering as a result of simply going to work to feed their families or, sadly all too often, represent the estate of someone who did. Rather callously, in light of the fact that LASPO shifted the burden as to who pays costs rather than actually reducing them, the ABI (who were joined to proceedings as an interested party) responded to the judgement by expressing frustration at the decision, stating that “As a result, the legal costs of mesothelioma claims in England and Wales remain disproportionately high and Claimant lawyers need to answer why they do not support lowering these costs and getting more compensation to mesothelioma sufferers”. Presumably, ad quod damnum is still an alien concept to the insurance industry and Orwell’s 1984 is required reading for the ABI’s spokespeople.

Will the government follow this judgment by engaging in meaningful consultation or will policy be rammed through regardless, leading to further challenges such as this?