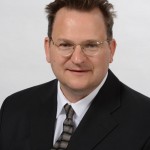 Instructing Counsel in the new era

As with my earlier top tips, this is aimed at those Claimant personal injury and clinical negligence fee earners whose main income is from inter partes costs.

As I mentioned in previous articles, under the standard basis of assessment (CPR 44.3(2)) costs which are disproportionate (whatever that might mean) can be reduced or disallowed even if they were reasonably or necessarily incurred (reversing the Lownds v Home Office decision). And what that means for many multi-track cases, regardless of whether a Costs Budget has been served, is that there is now a limited pot of money available for each claim. The pot of money for a particular case might not be enough in any event (some cases will not be worth the candle). You need to decide how much of that limited pot of money goes to Counsel’s chambers and how much stays within your firm. Bear in mind that life might be easier and more efficient if you can take 100% of the costs from 100 files, rather than 50% of the costs from 200 files.

Traditionally, in personal injury and clinical negligence claims, Solicitors take instructions from clients and prepare their cases ready for trial (and, hopefully, settle those claims along the way). Barristers, traditionally, present prepared cases at trial. During the process of preparing claims, some Solicitors also go to Counsel for pleadings to be drafted, for evidence to be tested and for Advices etc. However, in this new era those traditional roles are put under strain by the confines of the available costs. Solicitors are paid for preparing cases, but if Counsel is also brought into that process the limited recoverable costs must then be split between Counsel and Solicitor, possibly leaving the Solicitor with little or nothing after Counsel’s fees have been paid. In the new era, with only a limited pot of money available for each case, the amount of expenditure on Counsel needs to be carefully considered within the available proportionate budget.

Before instructing Counsel in the new era consider the following:

Do I really need to involve external Counsel at all?

Can someone in-house do the work instead? Larger personal injury and clinical negligence departments usually have within them huge expertise across the various fee earners. Senior fee earners and Partners might have the expertise to step into Counsel’s shoes. Those senior fee earners and Partners could complain that they are already busy working on their own case load. However, those complaining fee earners need to look at the firm-wide picture. Remember life might be easier and more efficient if you can recover 100% of the costs from 100 files, rather than 50% of the costs from 200 files. Don’t leak money out of the system into Counsel’s chambers unless you really have to. A properly planned team approach, with appropriate delegation of work (up and down the ladder of expertise), will result in optimal efficiency – and, consequently, optimal costs recovery in the new era.

It may well be that certain senior fee earners in larger departments (particularly Solicitor-Advocates) might be most profitably re-deployed to permanently take over in the roll of In-House Counsel, doing, at least, all the work that Counsel would traditionally be involved with in the preparation of the case. That work (preparing pleadings, advising on evidence and providing opinions on liability and/ or quantum) which external Counsel traditionally has done during the preparation of the case, is by far the best fee earning work in terms of hourly rates. By delegating tasks upwards within the firm keeps that most profitable work, which you have spent time and money to source, within the firm. Such upward delegation should also allow for more control over the expenditure of costs within the available budget.

Of course, there will be cases where specialist external Counsel’s expertise will be required and the following ought to then be considered:

Is there any money in the pot?

Are the costs already disproportionate (in which case you need to take urgent remedial action)?

In clinical negligence claims it is usual to involve Counsel from an early stage. However, that approach might quickly lead to disproportionate costs in fast track value or low end multi-track claims. Costs budgeting shouldn’t just be a case of jumping through the procedural hoop. Forming and maintaining a budgeted plan of action from the outset of each case is the best way to map out your successful route, with optimal costs recovery.

How much money can I afford to pay Counsel under this phase of the Budget?

You should have some way of knowing what net base costs remain under each phase of any approved or agreed Costs Budget, or the early budgeted plan of action formed at the outset of the claim. Progressing cases in the way you always have done, or even just doing what is necessary, and hoping that the costs will be within budget or proportionate at the end of the claim, will not be good enough. We are still awaiting Court of Appeal guidance on just how the new test of proportionality might work in practice, but I strongly suspect, to start with at least, it will be aggressive.

Remember, as well as winning the case within the overall budget, you must also come in within each phase of the Budget in order to stand any chance of optimal costs recovery. The traditional days of sending Instructions or Brief off to Counsel because that is what you always have done or because that is a reasonable step in the case are gone. In the new era the price comes before the project and, therefore, you need to firstly consider what the phase can afford to spend on Counsel.

Barristers cannot survive without you and their available work, post LASPO, is drying up. There ought to be bargains out there to suit you.

If your firm has a large turnover of cases, then there are Barristers out there willing to limit their fees to those that can be recovered inter partes, in return for the promise of regular work. Some large Defendant organisations have been bulk purchasing Counsel’s services for years (often driving Counsel’s fees down to very low levels). Under such a fees arrangement Counsel does not cherry pick the best cases; instead they take the rough with the smooth, just like you have to.

Traditionally, on the Claimant side of the fence, asking Counsel for a fixed fee quote has not been the norm. However, Defendant organisations have been doing that for many years. With costs recovery limited overall by the new standard basis of assessment and also by the costs allowed under each phase of an agreed or approved Costs Budget, now is the time to start shopping around for quotes from Barristers. An advantage of agreeing Counsel’s fees at an early stage in each case, is that those quotes can then be built into the budget for the claim (bringing certainty and transparency to the recoverable costs). The way to initiate the obtainment of quotes from Barristers is to, at an early stage in the claim, send out letters of approach (similar to those you might send to expert witnesses, with a good background about the case) asking Counsel about (1) their expertise, (2) their general availability and (3) their fees.