explores how Default Costs Certificates are finally proving their worth.

On the rare occasions where the Court refused to grant relief it was only where a Receiving Party could be seen to have bent over backwards to afford their opponent an opportunity, through extensions, chasers and reminders even after the time limit for service had passed. Even then there were no guarantees, with it relatively easy to argue that to impose a sanction that meant 100% recovery was draconian, and that there would be no prejudice to the Receiving Party.

The landscape of how such applications are dealt with has drastically changed post Mitchell, with the post 1 April 2013 changes also taking effect.

One of the key changes is the effect of Rule 3.8(3) which removes the ability of a Receiving Party to grant an extension of time for service of Points of Dispute. It remains open for a Receiving Party to elect to not apply for a Default Costs Certificate, but that is a very unlikely outcome.

Instead, the moment the time limit for service has passed Receiving Parties are now being faster than ever to submit their request for a Default Costs Certificate, knowing that they will no longer be criticized for failing to agree an extension or even chasing up the Paying Party first. 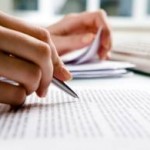 The Paying Party now has to show the Court there is a good reason to grant relief, and that their default was merely ‘trivial’.

Now there may remain very good reasons – such as if service of the Bill itself was defective (eg for want of a signature), or where it can be proven that service was made on the wrong person, or never received.

However, the days of successfully arguing an ‘administrative oversight’, and that it was not the client’s fault etc are long gone. Even where a Paying Party may have valid arguments that there are elements in the Bill which are very worthy of challenge or scrutiny, they must still overcome the first hurdle of what ‘good reason’ they had for failing to comply with rule or practice direction with respect to time limits.

Ensuring measures are in place to comply with Court or Rule directed time limits has always been a fundamental aspect of the profession. With regards to validly served Bills of Costs, it has become more important than ever to ensure Points of Dispute are effectively served on time because after all these years, Default Costs Certificates do now have a very real value and a failure to comply with time limits is no longer taken as lightly as it once was.