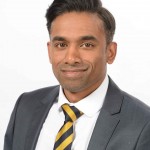 One of the key questions for any receiving party since the imposition of costs budgets is what will the effect on my costs be if I exceed my budget?

To answer this question we can look back to examples beyond 1 April 2013 courtesy of the prior pilot schemes run in other Courts.

A recent decision in Cardiff has thrown up uncertainty as to the approach the Court will take once assessment is required of a case subject to a Costs Management Order (CMO).

To begin with we need to go back to 2012 and the case of Elvanite Full Circle Ltd v AMEC Earth & Environment (UK) Ltd [2012] EWHC 1643 (TCC), run under the pilot scheme in the Technology and Construction Court. In that case, Coulson J considered CPR Rule 3.18 and the assessment of costs on the standard basis where a CMO had been made.

Coulson J concluded that, with respect to an assessment of indemnity costs, the CMO ought to be taken as the starting point, the logic of this approach was borne out of two reasons.

Firstly, he found that Costs Budgets are no more than an estimate of likely costs, and accordingly ought to be the guide for any subsequent assessment of costs. This tallies with the general comments around the time of implementation that the making of a CMO does not lead to costs being ‘set in stone’.

Secondly, he found that if the effect of an order for indemnity costs was to allow the receiving party to disregard the CMO, then applications for indemnity costs were likely to increase and thus lead to doubts as to the true value of even approved budgets. Thus again the CMO would remain the starting point.

However, in a more recent case (Kellie & Anor v Wheatley & Lloyd Architects Ltd [2014] EWHC 2886 (TCC), also from the Technology and Construction Court). HHJ Keyser expressed different views as to the relationship between Budgets and indemnity costs.

Briefly, in that case, the Defendant had budgeted for costs of approximately £140,000 but was subjected to a CMO for less than £92,000. The matter went to trial where the Defendant was successful and therefore sought to recover costs. However by that stage the Defendant’s costs were in excess of £165,000 – with the Claimant’s conduct being cited as a major contributory factor in that regard. On that basis the Defendant made an application for indemnity costs.

In contrast to the prior views expressed by Coulson J, HHJ Keyser also looked at CPR Rule 3.18 and found that the purpose of a CMO was to set out the limits of the costs that would be proportionately incurred if all phases were required. He commented that “Proportionality is central to assessment on the standard basis and trumps reasonableness”. HHJ Keyser also concluded that Rule 3.18 was quite purposive in referencing ‘standard assessment’ to the exclusion of indemnity assessment.

“In short, what is at stake in the defendant’s application for an award of costs on the indemnity basis, is the opportunity to recover costs significantly greater than those likely to be considered proportionate on a standard assessment,”.

Thus disagreeing with the first of Coulson J’s reasons above, HHJ Keyser drew the distinction between what a receiving party says they will incur, as compared to the amount reflected in a CMO, commenting that “… the present case is an example precisely of the proper use of costs management in approving a budget at a lower figure than that proposed by the receiving party, on the very ground of proportionality”.

“To suppose that the imposition of a budget… would create some sort of presumption as to the limits of reasonable costs would be to ignore the fact that the approval of costs budgets is done on the basis of proportionality, not mere reasonableness.”

With respect to Coulson J’s second reason, HHJ Keyser concluded that the making of a CMO should not lead to an expectation that a losing party will avoid incurring a liability to pay what may appear to be disproportionate costs, where those costs are being assessed pursuant to an Indemnity Order.

He commented that “Any such expectation must rest on a [losing] party’s own reasonable and proper conduct of litigation. It is no objection to an order for costs on the indemnity basis, that it is likely to permit the recovery of significantly larger costs than would be recoverable on an assessment on the standard basis, having regard to the approved costs budget; that possibility is inherent in the different bases of assessment, and costs on the indemnity basis are intended to provide more nearly complete compensation for the costs of litigation.”

Ultimately there is no great contradiction in the High Court on this issue. The fact remains that the last CMO will be relevant when it comes to considering proportionality on an assessment of costs, whether on the standard basis or indemnity basis. The point is that where costs are being assessed on the indemnity basis, whilst the last CMO remains relevant, a paying party should accept that costs in excess of the CMO may be awarded where their own conduct has been unreasonable – which more often than not will have been the case where an indemnity costs order has arisen.

These cases also underline the importance of ensuring you or your Counsel are alive to making such applications because where you subsequently seek to have your costs assessed on the standard basis only, the last CMO will be very influential in deciding the issue of proportionality.