If you are a litigation lawyer looking to recover an hourly rate above the guideline then the recent case of Athena Capital Fund SICAV-FIS SCA & Ors v Secretariat of State for the Holy See (Costs) [2022] EWCA Civ 1061 will be of particular interest.

Lord Justices’ Males, Jackson and Birss have clarified the position regarding hourly rates which are above the Guidelines Hourly Rates. They have allowed an appeal in which the Judge, Simon Salzedo QC sitting as a Deputy High Court Judge, was wrong to impose a case management stay of the proceedings. There were six grounds of appeal, only one of which proved decisive whereby they declined to make a split order for costs, as requested by the respondents. The successful appellants were therefore entitled to their costs of the appeal, to be assessed on the standard basis.

The hearing took place over two days, but included numerous issues which formed no part of the appeal. The hearing of the appeal was listed for one and a half days but, in the event, was concluded in ONE day.

Breaking these costs down, and in round figures, the appellants’ solicitors’ costs comprised of £175,000 (including hourly rates charged well in excess of the guideline rates set out in Appendix 2 to the “Summary Assessment of Costs” guide published in the White Book), while the fees of leading and junior counsel exceeded £200,000. The respondent’s solicitors’ costs were £100,000, while counsels’ fees (leading and two junior counsel) were £215,000.

The court has recently held that, in the case of solicitors’ fees, if a rate in excess of the guideline rate is to be charged to the paying party, a clear and compelling justification must be provided: Samsung Electronics Co Ltd v LG Display Co Ltd [2022] EWCA Civ 466. No such justification was advanced in this case.

The court did comment that although counsel’s fees are not subject to guideline rates in the same way that solicitors’ fees are, it is nevertheless important to stress that, whatever clients may be prepared to pay their own counsel, only a reasonable and proportionate fee may be recovered from the other side.

The court also acknowledged the valuable assistance which had been received from counsel on both sides, and commented that the fees charged in this case were still well above that level.

Although almost every possible point was taken by both sides in the course of the appeal, there had been no challenge either to the appellants’ solicitors’ hourly rates or to the brief fees and other fees charged by their counsel. However, despite the absence of any objection, the court highlighted that costs payable by the losing party on the standard basis are limited to those which are reasonable and proportionate. They further said that where the costs of the paying party are also disproportionately high, that can make no difference and that in any event the court will scrutinise cost schedules in order to keep levels of recovery within reasonable bounds.

Lord Justice Birss concluded “I agree. It may be worth emphasising one aspect. In my experience there has been a view that the previous set of Guideline Hourly Rates (before 2021) were not directed to the heaviest work such as takes place in the Business and Property Courts. In part no doubt this was because they were so out of date. Whatever the position was or was thought to be, it changed in the current set of Guideline Hourly Rates, which were approved by the Master of the Rolls in August 2021. As my Lord pointed out in Samsung v LG, the current set includes a band called “London 1” which is a set of rates directed expressly to very heavy commercial and corporate work by centrally London based firms. I would add that the London 1 rates band in the current Guideline Hourly Rates is based on evidence from the Business and Property Courts themselves (see the Civil Justice Council’s Final Report of April 2021). Therefore, the London 1 band is directly applicable to this case and so a justification for the much higher rates was needed.”

Lord Justice Peter Jackson supported “I agree with both judgments.”

In the absence of any clear and compelling justification to support the amount claimed of circa £380.000, the payment on account was reduced significantly to £100,000.

PIC regularly assist Clinical Negligence, Catastrophic Personal Injury and Dispute Resolution lawyers to set the most appropriate hourly rates. We also construct a clear and compelling argument to justify those rates to ensure their recovery on detailed assessment and for the purposes of payments on account.

Please get in touch with Reuben.glynn@pic.legal to discuss an hourly rate review. 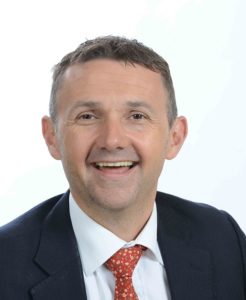